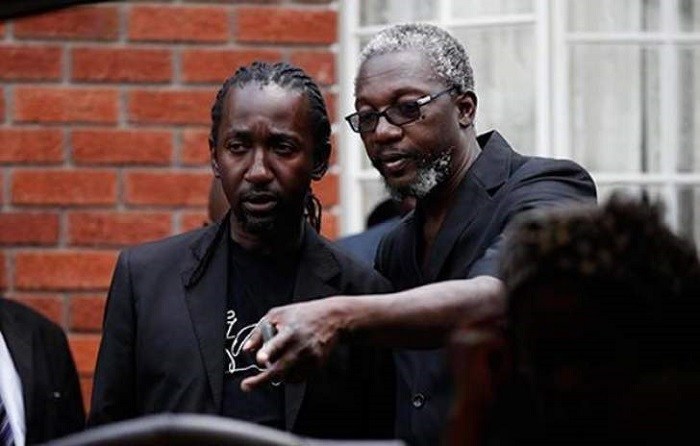 HARARE – As haggling over Robert Mugabe’s burial site intensified this week, his nephew Leo Mugabe told journalists that the former president “was a chief and he will be buried in accordance with tradition.”

“The chiefs have not told us where he will be buried, so it is not clear yet. I also don’t know,” he insisted on Monday.

And after announcing on Thursday that Mugabe would not be buried at the National Heroes Acre, his nephew said the former Zanu PF leader who died on September 6 would be buried at a private ceremony, adding: “They (family) don’t want the public to come, they don’t want you to know where he is buried.”

This prompted a question by a journalist who asked if Mugabe would be “buried as a chief”.

“This man is clever,” Mugabe said to the journalist who asked the question. “You have asked your question and answered it yourself.”

The process of burying chiefs in Zvimba, the rural district in Mashonaland West where Mugabe grew up herding cattle, is a cloak and dagger affair.

Journalist Robert Mukondiwa, who works for the Zimpapers Television Network, said: “What is coming out from what Leo Mugabe is saying is something that comes from a very rich, deep-seated history we have in Zimbabwe and indeed neighbouring states where if a person of the magnitude of President Mugabe dies, in fact in the olden days everybody else would not have been told that the King had passed on.

“The village, the people, the subjects would not even be told sometimes for up to months, even a year, and then the official mourning would start.

“The bodies of our kings are not buried where the eyes of mortals see them. The bodies of the kings are actually taken surreptitiously at night, or early morning and buried or interred with their ancestors.”

A family member from Mugabe’s Karigamombe clan told ZimLive that he had participated in one such burial, and he remembered every detail.

“It’s not something you can forget. It stays with you forever,” he said, asking not to be named as those who participate in the event are sworn to secrecy.

“Chiefs are not buried in the ground, but their bodies are taken up a mountain and placed in a cave in a sitting position. The specific cave where a chief’s body is interred is known only to the less than 10 or so who participate in the ceremony, no-one else.”

He recalls the day they left Zvimba to collect the chief’s body at a funeral parlour in Harare, a journey of 85km.

This is his story: “First, at around 4PM, we were required to slaughter a big black bull. You need a pitch-black hide from a full-size bull for this process. Also, we needed the bark of a tree, a specific tree (mutamba/umhlali), which is the length of a casket.

“We drove to Harare, arriving at around 5PM, just before the chief’s body was to be collected to lie in state at his homestead where mourners were gathered.

“The funeral parlours are run by black people, and they know tradition. After asking for some privacy, we laid out our hide, retrieved the chief’s body and rapped it with the hide. We placed the log in the casket to give it some weight.

“The funeral parlour picked their coffin and went to the village while we drove back separately, stopping at a secret location. The journey to the mountains would be completed on foot.

“We could not carry the body because the hide is very heavy, so we made a make-shift stretcher and trudged for an hour through the bushes, then up the mountain to our appointed cave.

“It was about 9PM when we began the process. The cave opening was small and one had to crawl on their back to go in. The body was then sent in and the man inside the cave had to ensure it’s all properly rapped-up in the hide, every part of the body. It had to be sitting upright as well.

“When all was set, our man crawled back out in the same way. Then we began the process of finding rocks to seal the cave, in a way that it looked natural and secure.

“It was 5AM when we got back to the homestead, driving in as if we just came from Harare. We were completely exhausted.

“Hundreds had gathered for the funeral. President Mugabe was also there and delivered a speech. He then left and right on cue, the MC said the president had left to attend to some other pressing business and there would be no body viewing because no-one was fit to open the casket of the chief in the absence of the president.

“The burial proceeded, and the people were not to know that the grave would just be a symbolic monument, the body was elsewhere.

“This of course is a new way of doing things. In the olden days, when a chief died it was not announced. He would be just taken to his cave and elders would wait for two or three months until his body is mummified before announcing and installing a new chief.”

We have not been able to confirm if this is how Mugabe will be laid to rest, with a family source insisting that discussions are still on-going within the family.-zimlive