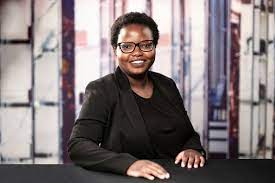 Regina Chinamasa has been appointed as the substantive commissioner-general of the Zimbabwe Revenue Authority (ZIMRA).

She has been Acting Commissioner-General from February 1 this year after her appointment on the 31st of January 2022. Chinamasa was taking over from Rameck Masaire who retired.

A ZIMRA board meeting was held this Thursday where it emerged that the government had approved Chinamasa’s appointment.

The board chairman, Mr Anthony Mandiwanza expressed confidence in the newly appointed Commissioner General to deliver on the ZIMRA mandate. He said:

As a board, we are confident of her new responsibility and we hope she will steer our vision and mandate on behalf of the government.

Chinamasa said a lot will be done to transform the authority taking into account the need to improve revenue collections.

A Commissioner for Revenue Assurance, Chinamasa is credited for introducing various processes that are plugging revenue leakages through modern investigative and compliance systems.

She joined the Investigation Division of ZIMRA at its inception in 2001.

She is the daughter of the late James Anthony Chinamasa, ex-Kutama headmaster, and brother to Patrick Chinamasa, a former Finance and Economic Development Minister.

Ethel Rumbidzai Chitanda was appointed ZIMRA director of finance. Chitanda is known for trying to stop Sharon Mugabe, the wife of National Housing and Social Amenities Minister, Daniel Garwe, from getting a Z$1.4 million loan from the National Building Society (NBS) when she was not a client of the bank. ‘

Chitanda who was Chief Finance Officer cited that Sharon Mugabe was a new client who had just submitted her account opening forms and had no traceable history, also her credit rating outside the bank was poor and the bank had no provision for such a loan at that time.

Chitanda was fired over the saga.