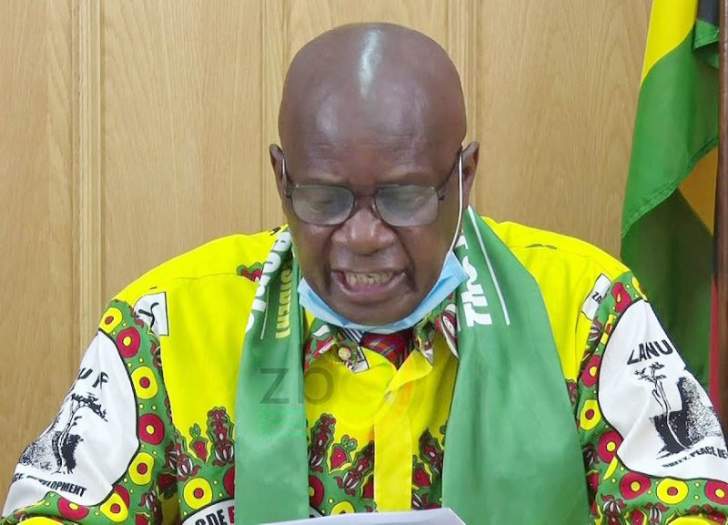 Zanu-PF acting political commissar Patrick Chinamasa has been hospitalised at a private hospital in Harare after he was involved in an accident near Rusape Town after he allegedly rammed into a truck carrying scrap metal.

Reports say the accident happened at around 18:45 pm yesterday.
Chinamasa is said to have complained of chest pains and was rushed to Rusape Hospital before he was transferred to a private hospital in Harare.

“It’s true comrade Chinamasa was involved in an accident at a 12-kilometer peg after Rusape, before the tollgate. He was rushed to Rusape Hospital and later transferred to Harare as he was complaining of chest pains,” a source said.

“Chinamasa was driving the party vehicle but l think he is recovering well,” said another source.

Zanu-PF Manicaland provincial chairperson Mike Madiro was among senior party officials who rushed to see Chinamasa at Rusape Hospital soon after the accident. However, Madiro, who is also the Deputy Transport Minister, was unreachable for comment.

Pakistani gets ‘Sibanda’ surname, ID, Zimbabwe passport in one day