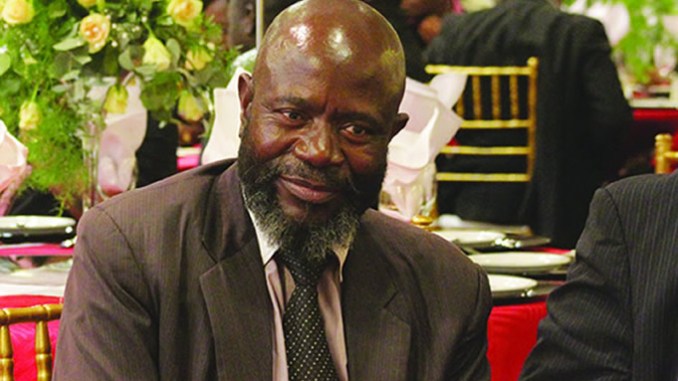 ECCENTRIC Member of Parliament for Buhera South, Joseph Chinotimba (Zanu-PF) has called for more powers to be vested in the hands of President Emmerson Mnangagwa so that he can appoint whoever he wants to be the Cabinet.

Chinotimba told Parliament during a debate on the Constitution Amendment Bill that “as we are moving towards the next elections” set for 2023, more power was needed in the hands of the President so he could set up a team he felt comfortable working with as opposed to Parliament having a say in who gets to work with the President.

This, Chinotimba reasoned, could lead to more unity as even members of the opposition could be appointed Ministers on the benevolence of the President.

“The President should nominate those he wants to work with. When we went to war, we did not say we want people from America to come and assist us in Zimbabwe. There is no need for us to move in tandem with what other countries are doing,” said Chinotimba in his contribution to the debate in Parliament.

“The President must nominate the Ministers that he wants to work with. If he chooses Job Sikhala to be the Minister, no one should stop him from doing so. This is a law that must be passed as we are moving towards the next elections.

“No one should be elected by Parliament but only the President. Let us not copy what South Africa or America is doing because we should not copy laws. So, my point is the President must elect the people that he wants to work with.”

The debate in Parliament centered on whether the Constitution should be amended to allow the President to appoint top judges as opposed to the current setup where the judges go through public interviews.

Adding to the debate, MDC-T vice president Thokozani Khupe said the status quo was a better option than concentrating powers in the hands of the President.

“I would have preferred a situation where judges go through an interview where the majority of people will participate because normally, those interviews are publicised and televised.

“Every Zimbabwean will have an opportunity to listen to those interviews such that whoever gets to be the judge, they will say indeed, this person is qualified because we listened to their interviews,” she said. – Zimbabwe Voice