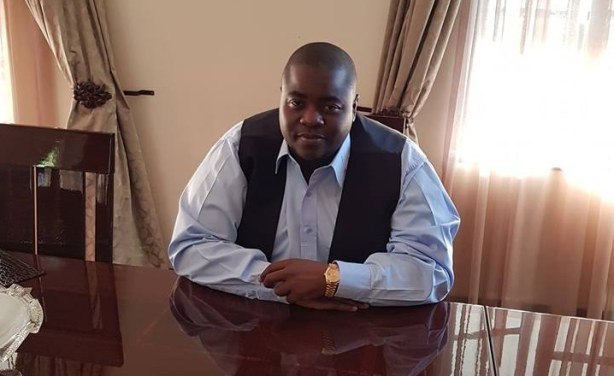 The National Prosecuting Authority on Thursday revived criminal charges against Intratrek Zimbabwe and its director Wicknell Chivayo over the stalled US$173 million Gwanda solar power project, as defence lawyers said they were “taken aback” by the fresh indictment.

The NPA, through prosecutor Tafara Chirambira, laid fraud charges against Chivayo over how Intratrek used the US$5,111,224 paid by the Zimbabwe Power Company in 2015 and 2016 for pre-commencement works on the 100MW project.

But the defence team led by Advocate Lewis Uriri is pushing back, arguing that going by ZPC’s own assessment at the site in Gwanda carried out in July 2020, Intratrek has performed the pre-commencement works to specification and is in fact owed over US$600,000 by ZPC.

If anything, the matter is purely civil “and does not warrant the adjudication of our criminal justice system”, the lawyers argue.

Chivayo’s lawyers warned prosecutors to consider a letter which they wrote in relation to the charges on August 30.

Magistrate Lanzini Ncube postponed the hearing to October 24 as the NPA was not ready for trial.

The NPA served summons on Chivayo to appear in court last week, prompting the businessman’s lawyers to write a letter to the Acting Prosecutor General Nelson Mutsonziwa, arguing that the charges are “clearly excipiable as they are neither founded upon nor do they meet the essential requirements of the crime of fraud.”

They added: “The cause of action arises from a contractual arrangement between one client and ZPC, which arrangement provides for all the applicable remedies in the event of breach, whether actual or perceived.”

Chivayo was acquitted of fraud and money laundering by the High Court in 2020, but the NPA successfully appealed through then Prosecutor General Kumbirai Hodzi resulting in the Supreme Court referring the matter back to the lower court for prosecution.

In the latest charges, the NPA says on October 23, 2015, ZPC signed an engineering, procurement and construction contract (EPC) with Intratrek Zimbabwe represented by Chivayo for the construction of a 100 megawatt solar power generation plant in Gwanda.

Prosecutors say a bank guarantee was to be provided against all payments made by ZPC towards the project implementation.

It is alleged ZPC paid Intratrek in nine instalments, but without having sight of a bank guarantee.

The NPA argues, however, that there is no record of Shanghai Electric’s representatives entering Zimbabwe during the period in question.

The prosecution says between February and April 2016, Intratrek submitted three other invoices amounting to US$1,219,477 for pre-commencement works.

Intratrek had been paid US$3,188,476 without a bank guarantee by April 26, 2016, when ZPC requested the company to provide a schedule of commitment in respect of funds released by ZPC towards the implementation of the project.

The prosecution said a schedule provided by Intratrek, showing US$1,960,125 had been paid to subcontractors was a misrepresentation. Instead, they allege that Chivayo and Intratrek used the money for their personal benefit. Some of the money was allegedly diverted to various individuals and companies, and some used in transactions like purchasing vehicles, settling civil suits and even buying air tickets for Zimbabwean women stranded in Kuwait.

In their letter to the NPA, the lawyers said that Intratrek “delivered its obligations in accordance with the EPC contract and utilised the advance payment for pre-commencement activities.”

ZPC, the lawyers said, had accepted that Chivayo had carried out the work, “placing beyond reasonable doubt that no party was defrauded.”

“It escapes the mind how the charge of fraud, or any other criminal charge for that matter, can be sustained,” the lawyers said.

Chivayo and Intratrek’s lawyers are relying on ZPC’s own evaluation report at the site, which gives a 100 percent completion mark on 10 of the 17 tasks Intratrek had to complete. Among the outstanding issues was a site access road, a power line to the office and fuel tanks.

“The import of the evaluation report confirms that our clients not only discharged their contractual mandate in full, but went further to utilise some of their own resources to complete some of the required works. The report vindicates our clients from all the unfounded allegations that it shortchanged, or in the least defrauded ZPC…. The report confirms that as at July 13, 2020, ZPC owed our clients US$609,693 arising from works which have been delivered,” the lawyers argue.

Work on the power plant stalled when ZPC purportedly cancelled the contract, before the High Court ruled that the agreement was still extant.

On September 14, a trial will commence at the High Court “to enquire into the contractual issues” between ZPC and Intratrek.

“We therefore do not see how the institution of criminal proceedings… would find any sound ground in view of the suit in the civil courts of law,” the lawyers are arguing.

In court on Thursday, the lawyers warned the NPA that it risks civil liability and criminal abuse of office charges for placing Chivayo on remand.