Chiwenga says he sees two coffins that will change Zimbabwe 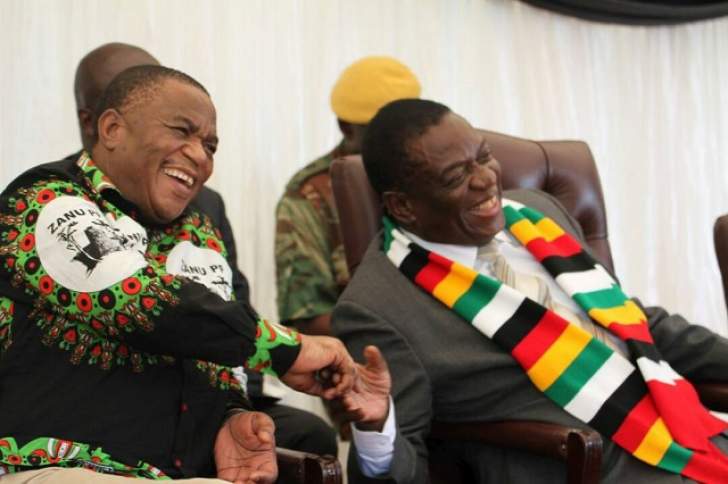 HARARE – Apostle Thomas Chiwenga, a Harare preacher with an uncanny habit of predicting key events in Zimbabwe, says he sees two important people die in quick succession in Zimbabwe, with a bearing on the country’s future.

“I see two coffins, coffins that will bring this country to a standstill. People right now have people they have in mind that they think are dying, but I see people surprised, saying ‘we thought this one was in good health, what happened?’

“One person is being buried and preparations are being made to go and pick up the second body for burial,” Chiwenga, of the Jesus Revelation Ministries, said in the latest prophecy delivered during a Sunday service on September 16 and posted on YouTube on September 18.

Apostle Chiwenga, who claims he hears from God, previously foretold the death of former MDC leader Morgan Tsvangirai and former President Robert Mugabe’s ouster. In the same prophecy on Mugabe’s exit, he said his successor would be an interim leader and would rule for a “very short time”.

Now, Apostle Chiwenga is using the Biblical story of King David in 1 Kings 1 to explain what will unfold in Zimbabwe. The Bible says when King David was old and dying, his son Adonijah conspired with the army general Joab to install himself as king, despite King David’s succession plan that had the much younger Solomon as his successor.

It eerily resembles events of November 2017, when Zimbabwe’s new President Emmerson Mnangagwa and army commander, General Constantino Chiwenga, now Vice President, staged a military coup after growing impatient with Mugabe who had been in power 37 years.

He said if he truly hears from God, his church will know, as it would if it turned out the events he was predicting were fake.

“Is it a good thing to die with food in your hands? You just die, like that. What does it mean, that you die while holding food in your hands? People will be saying, ‘he had finally made it, and was just about to start enjoying his new station in life and suddenly he dies.’ People will be saying, ‘why did he go through all the trouble only to die after sitting down at the dinner table to eat?’ There is something that God is preparing.”

Is any of this likely to happen? We wait and see.-zimlive