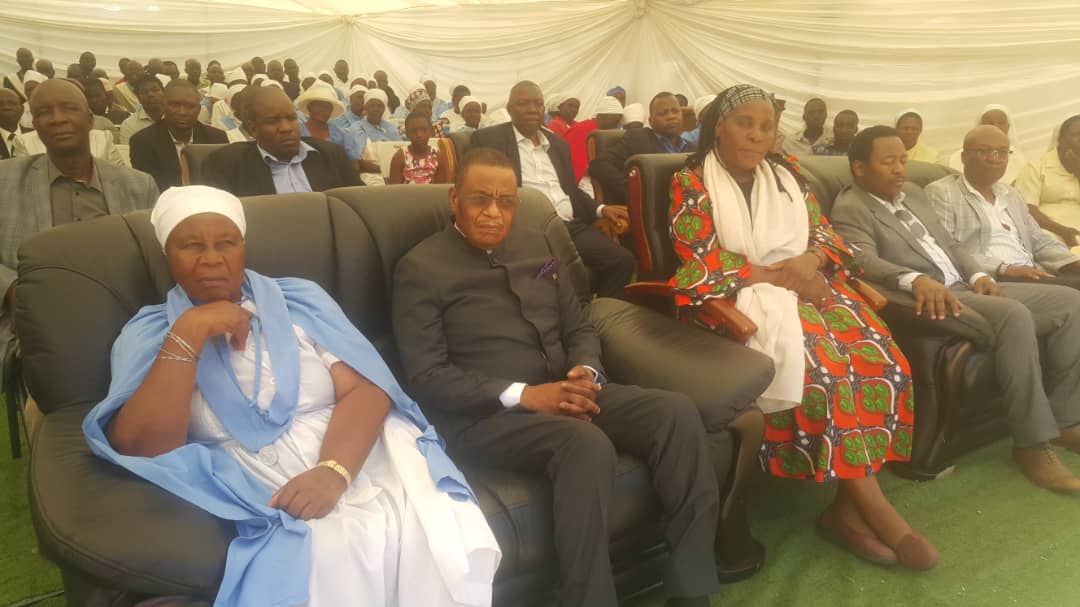 Mary and Chiwenga have not been seen together in public in a long time.

VP Chiwenga’s wife, Mary was not in Wedza yesterday for the general’s homecoming party, sparking yet more frenzied speculation into the state of their marriage.
Mary was also not at the Robert Mugabe International Airport to welcome her husband on his return from China. The Standard reports that Chiwenga, who returned to Zimbabwe on November 23 after spending over four months at a Chinese hospital, did not mention Mary’s name in his 25-minute long address to his relatives and church leaders that attended yesterday’s event in Wedza.
This followed reports that the former army commander dumped his wife while on his sickbed under unclear circumstances.
Chiwenga said people that stood by him during his illness were Health and Child Care minister John Mangwiro, who accompanied him to India and South Africa as well as China.
He also mentioned some of his close security details and a female nurse employed by the army. There are people who stood by me during all these days when I was battling sickness,” he said.
“Deputy minister Mangwiro, who is not here today was there for me till the end.”