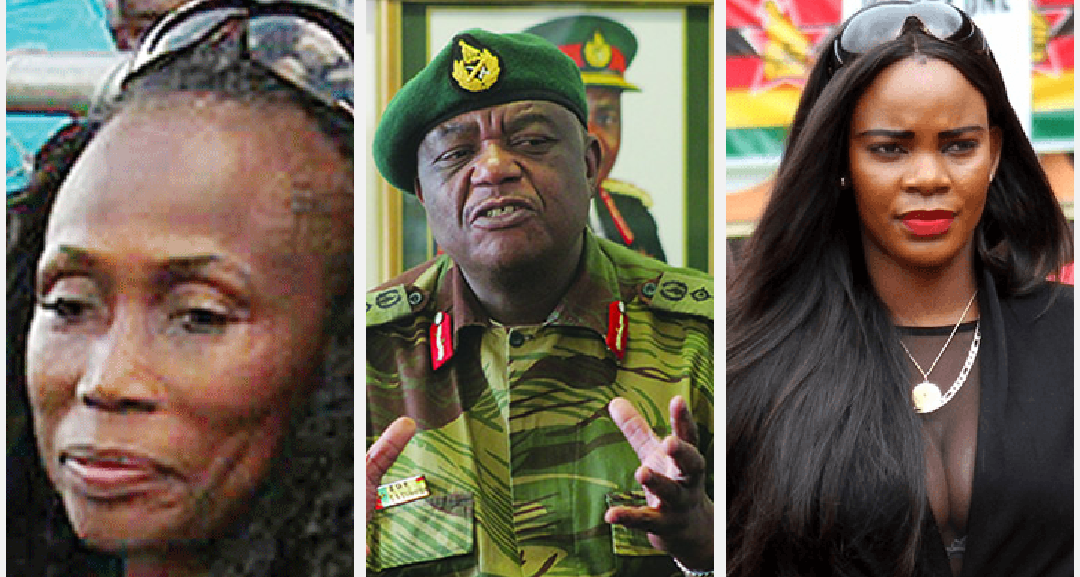 HARARE – Jocelyn Mauchaza Chiwenga, the ex-wife of Zimbabwes VP and ex defence boss , took the triplets of a poverty-stricken mother who appealed for help on national television.What happened to the triplets they took 10 years ago?

Jestina Kuwali, from the dormitory town Chitungwiza, surrendered her triplets to Chiwenga last week. The previous week, she had appealed on State television for help in settling a US$1,200 hospital bill and with buying equipment for the babies.
The womans story elicited support from womens groups, which donated food hampers and baby clothes for the triplets.

But as help was pouring in, Chiwenga is reported to have pulled up at the young mothers Unit F lodgings in a convoy of Mercs, accompanied by army bodyguards and said she was taking the three babies.
Officials in the Department of Social Welfare said yesterday they were trying to establish the circumstances surrounding the taking of the triplets by Chiwenga when she did not have police clearance, required by Zimbabwean adoption law.
A social worker said frantic efforts to get to the bottom of the matter had been foiled by repeated failure to get access to the Chiwengas mansion. She alleged they had been chased away twice by soldiers manning the gate.
Kuwali declined to comment on the removal of her babies. Ndinongoda kutenda nezvandakaitirwa neruzhinji rweZimbabwe (I just want to express my appreciation for the generosity I have received from so many Zimbabweans), said Kuwali.

A woman believed to be Kuwalis aunt denied that Chiwenga had grabbed the triplets.
Mai Chiwenga vakatora vana musikana uyu achiri kurapwa (Mrs Chiwenga temporarily took custody of the babies while the mother recuperates), she said.

Efforts to obtain comment from Chiwenga were in vain. This is not the first time that Chiwenga has attempted to adopt babies without authoriaation.
Two years ago, she took in a four-year-old orphan called Tanaka Jones from the Highfield high-density area. Tanaka was picked up soon after birth in central Harare, and taken to the Harare Childrens Home. That is where, four years later, Chiwenga spotted him.
Chiwenga already has two children, both from her previous marriage to a white Danish national.
It is believed Chiwenga, who met the former ZDF commander General Constantine Chiwenga while she was a waitress at Jobs Night Spot along Julius Nyerere Way in downtown Harare, does not have any children with the top army general.
It is unclear if she finally managed to win the custody battle for little Tanaka but she turned up at the Highfield office two years ago, demanding the little boys birth certificate because she needed a passport for him.

The social welfare officials stood their ground and Chiwenga did not get the document.
In 2007, she beat up photojournalist Tsvangirai Mukwazhi at Makro supermarket in Harare during a tour by MDC leader Morgan Tsvangirai.
Flanked by bodyguards, Chiwenga hurled insults at the MDC leader, including a threat to take his manhood as she ordered company security guards to cage Tsvangirais entourage.

Her previous antics include ordering a white farmer to turn over his property to her or be killed during the height of the land grab, saying: I have not tasted white blood for 20 years. She then tried to sell the farmers produce to UK supermarket chain Sainsburys, but Sainsburys would not deal with her.
In 2003, she is reported to have beaten up a lawyer representing a reporter for the Daily News.
Group lawyer Gugulethu Moyo had gone to secure the release of the reporter, who had been arrested, and was pounced on by Chiwenga inside a precinct while police watched. Critics have described her as unbalanced and unfit to take custody of vulnerable children.