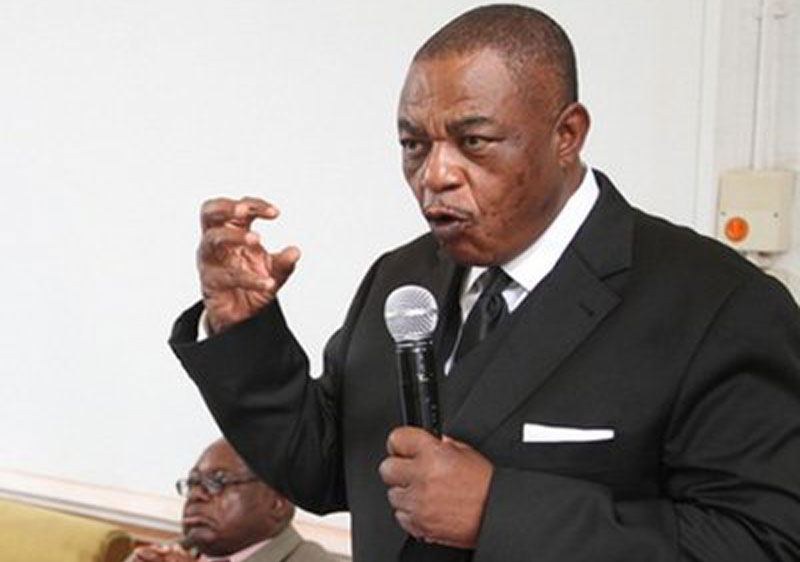 Vice-President Constantino Chiwenga yesterday issued chilling threats against the opposition Citizens Coalition for Change (CCC) saying the ruling party was ready to “crush the party like lice” to prevent its leader Nelson Chamisa from winning elections.

As if to lend credence to Chiwenga’s threats, opposition CCC supporters were being tear-gassed by police in Gokwe to prevent Chamisa from holding a campaign rally at Gokwe centre.

President Emmerson Mnangagwa was in Kwekwe at Mbizo stadium addressing a campaign rally where Chiwenga warned that the ruling party was unflinching in its resolve to ‘crush’ the CCC ‘like lice’.

“I have heard others here saying down with triple C, let me assure you that there is nothing that it can achieve, you see how we crush lice with a stone,” Chiwenga said.

“You put it on a flat stone and then flatten it to the extent that even flies will not make a meal out of it.”

Chiwenga said Zanu-PF was as big as the biblical Goliath and would not allow Chamisa to seize State power in an election.

Ironically, the Biblical Goliath was felled by a young David with one stone.

“You heard Blessing Chebundo speaking here, that people should not oppose for the sake of opposing. You can’t oppose every time, even the best thing can’t be opposed, you opposing as who, we are as big as Goliath, we will see him when time is ripe,” Chiwenga warned.

Mnangagwa spoke out against violence after Chiwenga’s threats.

“It is undemocratic to be violent against democracy,” Mnangagwa warned.

“The country is built by its owners.

“It is, therefore, important for you in the coming by-elections to vote for the Zanu-PF candidates because these are the owners of the country.

“If you vote for the opposition they won’t be able to develop this country because they are not the owners.”

As has become tradition, Zanu-PF commandeered Zupco buses to ferry thousands of party supporters to welcome Mnangagwa in his home province where youths were treated to live music by hired artists.

Mbizo Stadium was filled to capacity and each person was given a flag, T-Shirt and cap as they entered the stadium.

The poor were crammed in Zupco buses, most of them without number plates and looking almost new.

As if sensing the odd structure of the display of power, Mnangagw said: ‘”You are the bosses and we the servants, if you decide not to vote for us we will leave this place, so you are our boss.”

The rally was organised to campaign ahead of the March 26 by-elections.