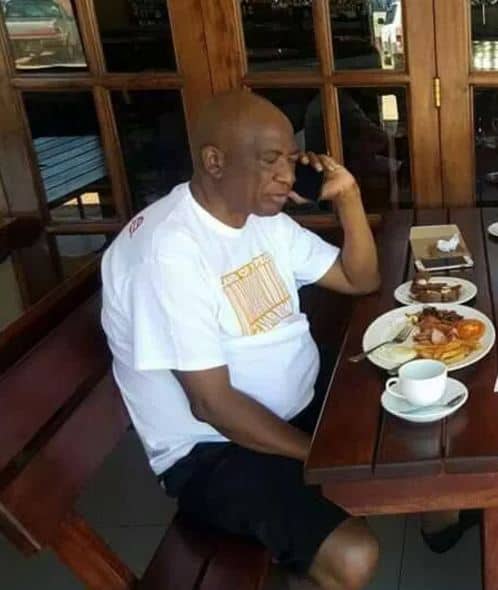 FLAMBOYANT businessman and Zvimba South MP Phillip Chiyangwa (Zanu-PF) has asked the courts to lower the maintenance fees for his two children with for- mer wife Pamela Rusere from $40 000 to $8 000 per month.

In 2020, Rusere won a court order for the MP to pay $40 000 for his two children some- time before the maverick busi- nessman obtained a default judg- ment for the maintenance vari- ation, which reduced the fee to a paltry $8 000 (approximately US$40) at the parallel market rate.

He was also ordered to pay R49 000 directly to a school in South Africa for the children’s fees.

Rusere then filed an appeal at the High Court, where a judgment to dismiss the downward varia- tion was handed down in her fa- vour by Justices Pisirayi Kwenda and Emilia Muchawa.

Chiyangwa was in default when the judgment was handed down.

The businessman then filed an application for rescission of the judgment on December 10 last year under HC 7097/21.

On the same day, Chiyangwa filed an urgent chamber applica- tion for stay of execution pending the outcome of the application for rescission.

He claimed that the appeal in fa- vour of Rusere was granted in er- ror and should be rescinded.

“The patent error alleged by Chiyangwa is that the court, af- ter allowing the appeal against dismissal of the application for rescission of a default judgment and setting aside the default judg- ment should not have gone on to dismiss the application for down- wards variation of maintenance. That should have been dealt with on the merits in the magistrates’ court,” Chiyangwa argued.

In his ruling, Justice Rodgers Manyangadze said it was appro- priate to stay the judgment in fa- vour of Rusere.

“In the circumstances, it is my considered view that it is appro- priate and in accordance with real and substantial justice that exe- cution of the judgment be stayed until the question of whether or not it was granted in error is re- solved.

“In her notice of opposition, Rusere does not clearly and con- vincingly address the issue of the alleged patent error, so as to assist the court on the important ques- tion of whether or not the pend- ing application for rescission car- ries with it prospects of success,” reads the judgment.