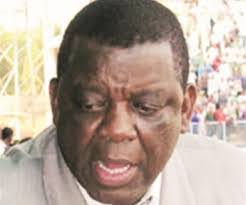 Simeon Jamanda, a close ally of the ex-Blackpool boss, told The Herald that Sambo died in Harare last night.

A close family relative, who did not want to be named, also confirmed the football administrator’s death.

It was not immediately clear what led to his death.

Sambo has, of late, been a member of the Lifelong Footballers’ Trust which has been heavily critical of the way domestic football is being administered.