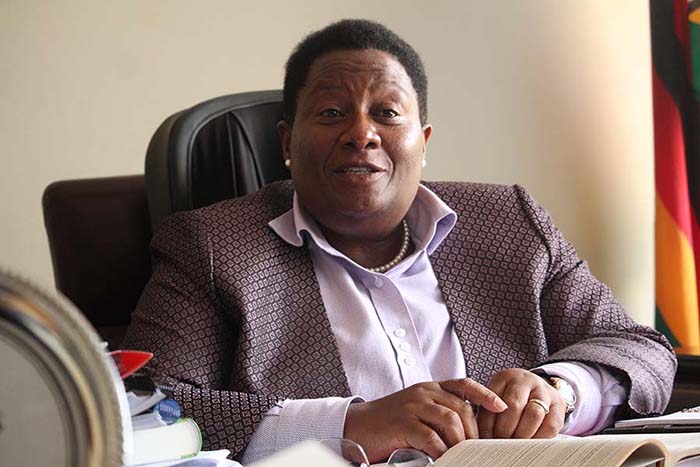 IN a dramatic irony, Auditor-General Mildred Chiri says the Zimbabwe Anti-Corruption Commission (Zacc) has failed to properly account for millions of United States dollars which could have been misappropriated as its accounting books have remained in a shambles for a decade – since 2012.

Chiri warns the risk of fraud and theft looms large at Zacc where public funds are spent without supporting documentation for payments for goods and services, and other substantial disbursements.

Zacc is tasked with fighting corruption, which has become a scourge in the country. Zimbabwe loses billions of dollars due to high-level corruption annually. This has badly impacted on economic development and service delivery, while hitting hard the poor and vulnerable.

Although Zacc was established to combat corruption, it has failed as it concentrates on chasing small fish, while letting the big fish – sharks – swim in corruption, looting on an industrial scale.

According to Chiri’s 2020 audit on state enterprises and parastatals, Zacc officials are spending state funds without transparency and accountability, with its books having been in a mess for 10 years.

“There were no supporting documents availed in the form of invoices or supplier statements to validate expenditure and payables amounting to US$2 064 864 and US$417 138 respectively presented in the financial statements,” the report says.

“In addition, the commission was unable to avail creditor’s reconciliations for the 2017 financial period. I was therefore unable to perform alternative procedures to obtain assurance as to the accuracy and completeness of these balances.”

On property, plant and equipment, the commission is said to have de-recognised or disposed of houses with a value of US$2 417 374 without following due procedure and with no proper explanations or supporting documents in the process, suggesting corrupt asset-stripping.

“As a result, de-recognition did not meet the criteria set out under the International Accounting Standards (IAS) 16 property, plant and equipment,” it says.

On revenue, the report says: “The revenue figure presented in the financial statements of US$2 033 090 differed from the trial balance amount of US$1 042 118 by US$990 972. No explanation was provided to explain the variance.”

Regarding reconciliations and cash payments, the Auditor-General’s report says Zacc had not prepared back reconciliation statements on time for periods under review as they were done in retrospect.

It says Chiri was not availed with vouchers that support cash payments, including fuel purchases, vehicle maintenance, and sub-contracting of services totalling US$1 116 548.

“The implication is financial loss due to material irregularities and fraud that may not be detected on time. Fraudulent activities may go undetected,” it says.

The report also raises a red flag over Zacc’s petty cash book which was incomplete as the anti-corruption body was only recording payments and not recording reimbursements.

“The commission had an incomplete cash record. The cash record only showed the payment side of transactions, as a result, the statement of cashflow had an imbalance of US$60 435. I was unable to determine the extent of the adjustments necessary to correct this account area,” the report adds.

“The commission was unable to provide sufficient and appropriate supporting documents for fuel, general expenses and payroll disclosed in the income statement amounting to US$108 215. Due to the fact that ledgers were reconstructed from the bank statement and limited documentation in place. I was unable to conduct alternative procedures necessary to obtain assurance regarding reliability, validity, occurrence, completeness and accuracy of the reported expenditure.

“There were no alternative audit procedures that I could perform to satisfy myself as to whether these expenses were free from material misstatements. The statement of financial position had a suspense amount of US$432 769 which the commission could not explain and whose source could not be determined.”

The World Bank Group says corruption has a disproportionate impact on the poor and most vulnerable, increasing costs and reducing access to services, including health, education and justice. Corruption in the procurement of drugs and medical equipment drives up costs and can lead to sub-standard or harmful products.

The human costs of counterfeit drugs and vaccinations on health outcomes and the life-long impacts on children far exceed the financial costs. Unofficial payments for services can have a particularly pernicious effect on poor people.

Empirical studies have shown that the poor pay the highest percentage of their income in bribes. Some studies have suggested that the poor may even be preyed upon since they are seen as powerless to complain. Every stolen or misdirected dollar, euro, peso, yuan, rupee, or ruble robs the poor of an equal opportunity in life and prevents governments from investing in their human capital.

Corruption erodes trust in government – in this case Zacc – and undermines the social contract, impedes investment, with consequent effects on growth and jobs. Countries capable of confronting corruption use their human and financial resources more efficiently, attract more investment, and grow more rapidly.

Yet Zacc is not only proving to be incompetent, inefficient and in a shambles, but also corrupt to the core.

Chamisa saves Khupe after youths blocked her from Bulawayo meeting

15-year-old drowns while fishing in suburb