Home Crime & Courts Daring Army Operators Left CIO boss,Wife on Their Bed in the Middle of Their Yard
Crime & CourtsZimbabwe

Daring Army Operators Left CIO boss,Wife on Their Bed in the Middle of Their Yard 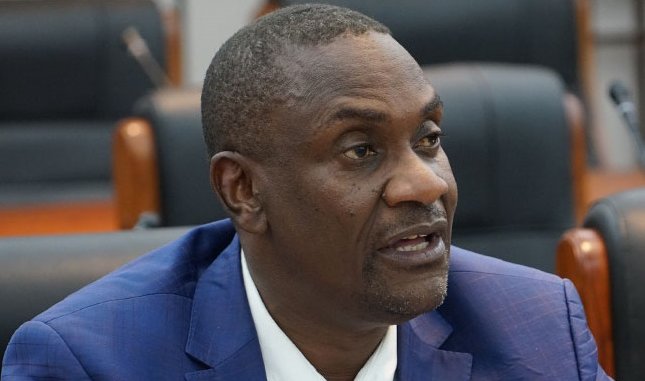 Owen “Mudha” Ncube is Minister of State in the president’s office for National Security.

This, according to Moyo, is reminiscent of a similar operation carried out on former Defence Minister under Mugabe Sydney Sekeramayi in June 2017 days prior to the coup that saw Mnangagwa coming into power.

Posting on his Twitter platform, the government critic aligned to G40 faction bootede out of power points out to a probable coup brewing.

Zim’s special forces (SAS) recently carried out two audacious operations against Owen Mudha Ncube, CIO minister, at his residence to expose his insecurity. One night, they immobilized his security guards & left them asleep. Mudha found them all in deep slumber in the morning!

One morning days after the first incident, which Mudha blamed on his security whom he wanted fired, he & his wife woke up on their bed in the middle of their yard. His gun, which he sleeps with under his pillow had been disarmed & put on the yard some two meters from the bed!

The SAS’s Mudha operation wasn’t the first of it’s kind. They did the same to Sekeremayi, defence minister in 2017. They went into his bedroom, kept him & his wife asleep, took money; & a bag & suit were left in the yard. It was reported as a burglary!

Thieves  broke into Defence Minister Dr Sydney Sekeremayi’s house in the early hours of Friday 18 June, 2017, and got away with US$620, the Sunday Mail reported.

“There was a break-in at Minister Sekeremayi’s house and investigations are in progress. We will update you on any developments,” she said

“The thieves used a bolt cutter to cut the fence after they had jumped the pre-cast wall. After getting into the house, they didn’t steal anything besides the money which was in a suit and a handbag. There is so much criminal activities in Borrowdale,” said an investigator who cannot be named for professional reasons.

The break-in at Dr Sekeremayi’s house came weeks after his name was thrown into succession politics by Higher and Tertiary Education Minister Professor Jonathan Moyo.

The Defence Minister, however, rebuffed Prof Moyo and appeared furious visibly irritated by the attempt to drag him into successionist and factional politics when The Sunday Mail approached him for comment.

He said, “Please, they must leave me in peace. Why drag me into those things?”-Jonathan Moyo/Sunday Mail