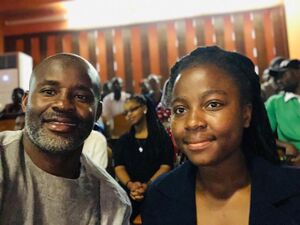 Eleanor Kaziboni has denied allegations that she was having an affair with Norton legislator, Temba Mliswa.The allegations were reported by the Zimbabwe Morning Post. Eleanor Kaziboni posted on Twitter denying any affair with Temba Mliswa. Below is her Twitter thread.I saw the article that was posted by @ZimMorning_Post on Monday, 1 February, 2021 & particularly Susan Vivian Mutami’s baseless claims that I was having a sexual affair with Hon. @TembaMliswa whilst she never provided any proof whatsoever.Anyway, lies and rumours travel faster than the truth. I am appalled that as a young woman who is on her way towards building a career & a good name, @mutami_susan decided to place entirely false allegations against me.The way she implicated me into her havoc clearly showed a side of her that I’ll never imitate. I refuse & denounce these claims against me as I have never had and I do not have any sexual relationship or affair with Hon. @TembaMliswaAs the S.G of YARD, my involvement (just like any other YARD member’s involvement), has been towards the consolidated support of youth initiatives by Hon. @TembaMliswa & as a Constituent of Norton Constituency, I’ve been directly involved in Norton’s community development programs.I now challenge and implore Susan Vivian Mutami to provide substantial proof of the allegations that she levelled against me.For more on Eleanor Kaziboni like her age, education and contacts click HERE

Tesla buys $1.5B in Bitcoin, will accept as payment soon