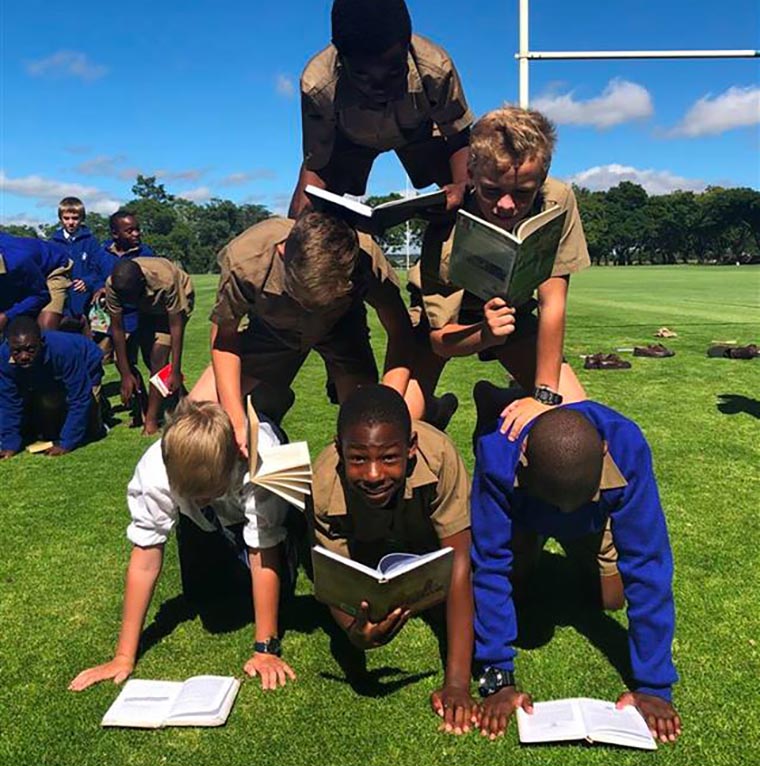 FRESH racism allegations have emerged in some private schools following an exposé of racial prejudices against black pupils at Peterhouse Group of Schools.

In the past weeks, there has been a wave of black students’ movements from elite private schools, with current and former students demanding an end to subtle racism against non-white learners and teachers.

Some of the schools issued statements denying racial discrimination in their learning institutions.

The complaints were sparked last month when the academy cancelled a debate on racism, which was scheduled for June 11 and June 12.

The event was reportedly cancelled because it was “not the right time to hold the discussions for the fear of media backlash”.

Black learners are clamouring for equal treatment in sports selection amid allegations that the private schools favour whites for cricket, hockey and rugby, while mixed-race and black learners are pushed to soccer.

The decimation of local languages and indigenous knowledge have been a cause for concern.

According to the petition, learners demanded:

“Hellenic Academy take an explicitly anti-racist stance and create a framework to dismantle racist systems within the institution.

“We urge that Hellenic Academy addresses the racism from staff members and within the student body.

“This is to be achieved by providing a mandatory and comprehensive anti-racist training for all staff members, the prefects body and any students in a leadership position.

“To achieve the aforementioned, we strongly urge that a qualified diversity and inclusion board is established at Hellenic Academy.

“A ‘diversity officer’ should be appointed to chair this organisation and enforce the anti-discrimination policy throughout the school.”

The students also proposed that learners have to be considered for any sport irrespective of their skin colour.

They also want some of the school etiquette to be tweaked.

“We urge Hellenic Academy to amend the existing Eurocentric hair policy to achieve a race-neutral hair policy which prohibits any discrimination based on hair texture and natural protective styles.”

Hellenic Academy head Suzzane Jocelyn could not be reached for comment as her mobile phone was not reachable.

Another school stalked by alleged racism is Lomagundi College — located on the outskirts of Chinhoyi — where students under the #blackatlomagundi relived the horrors of racial prejudice.

Posting on social media pages designed to speak against segregation, a former student said in 2008, Lomagundi College placed mediocre white students in the A class, while blacks were in the B class.

“If one then compared Ordinary and Advanced Level results, you would notice that a lot of kids in the B stream would actually excel and do better than A-streamers.

“For example, the head girl in my year got four points but she had been in the A stream, then I got 10 points, but I was a B-streamer.

“We did the same subjects at Advanced Level by the way,” wrote a former student.

Another student wrote that racism at Lomagundi College was also shockingly practised by black teachers against black students.

“He (the black teacher) only opened the gym to white boys and girls but never to black pupils. Racism can even come from your own race.”

A Lomagundi alumni said it was disgusting that some individuals were determined to perpetuate white supremacy.

“It upsets me more than it flatters. It has made me realise that is what I have seen at ‘Gundi’. It is insulting to say “kusviba”.

“Why though? Black is beautiful,” she complained.

The school principal, Mr Dean Seeliger, recently distanced the school from such practices in a statement.

“We are a multi-racial school with a mixed board, staff and pupils. We strive to live in harmony with each other while also making use of the opportunity to learn from each other,” he said.

The black students movements were ignited by former Peterhouse Girls student Nakiso Gwatidzo, who used her social media page to call out the Christian-run institution for stratifying it according to racial prejudices reminiscent of the colonial era.

“Black lives matter. That is the rallying call. The remix is not appreciated and is no longer relevant.

“A Zimbabwean school struggling to be frank about the experiences of its black students are indicative of underlying discomfort and ill-distributed value,” she said.

Primary and Secondary Education Ambassador Cain Mathema threatened to shut down any institution guilty of racism.

Efforts to get a comment from Association of Trust Schools chair Mr Tim Middleton were fruitless as he did not respond to e-mailed questions.-zimpapers