DANCER and songstress Lyn Magodo, popularly knows as Eriza or Lady Storm, says she will never take off her clothes to gain fame and popularity. 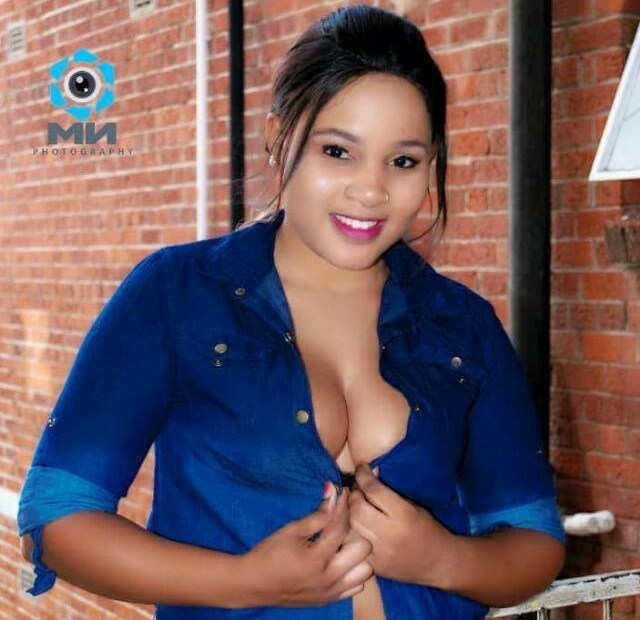 Lady Storm says she believes in hard work and being appreciated as an artiste, and would never dress scantily for fame.

“I’m a married artiste and I believe my dressing should not make my husband uncomfortable. He should be comfortable with me performing in any outfit. I believe I should be appreciated as a performing artiste not the way my body looks or being nude,” she said.

Eriza says she has moved on from the drama that surrounded her love scandals, and is very proud of her husband.

She has often been compared to female dancers like Zoey and Bev who have also tried their luck in singing and she feels she is ahead.

“I feel I have no competition. I cannot be compared to anyone because I’m the only lady who sings pure rhumba. Music is my actual calling and dancing comes as an added advantage and also I can dance to my music,” she recently told the DailyNews.

“A number of other ladies are just dancers. If a DJ plays dancehall, kwaito or sungura they are different from me. I concentrate on rhumba music.

“I have assembled my own group, Swagga Band. It’s difficult to tell people that you are a musician without a band. My group is made up of 13 people and we all work hard to ensure that we bring something to the table,” she said.

Some have gone to the extent of slandering her alleging that she bleaches her skin.

“I’m not in the industry to look for friends. We are all there to earn a living hence I have no time for them.
“I know there are some people who cannot go for a day or week without writing about me on social media. They feel threatened but like I said, I have no competition.

“I can’t compete with them. They seek relevance through me and my silence is enough to deal with them. I cannot be seen responding or commenting to whatever they say about me,” she said.

In 2015, Lady Storm charmed Koffi Olomide, joining him on stage during his performance at the Harare International Carnival concert at Long Cheng Plaza.

In as far as music is concerned, Lady Storm said a new single Wazodii Paya is coming and will be accompanied by a video.

“Videos make an artiste these days so the new single will be accompanied by a video. It’s a song about broken promises between lovers. A number of marriages and relationships are being broken because of failure to uphold promises and this is what I sang about,” she said.

“An album is coming and this will be my second. This time I have gone the West African route in as far as my rhumba is concerned. My first album, I followed the Slizer route but this time it’s different,” she said.