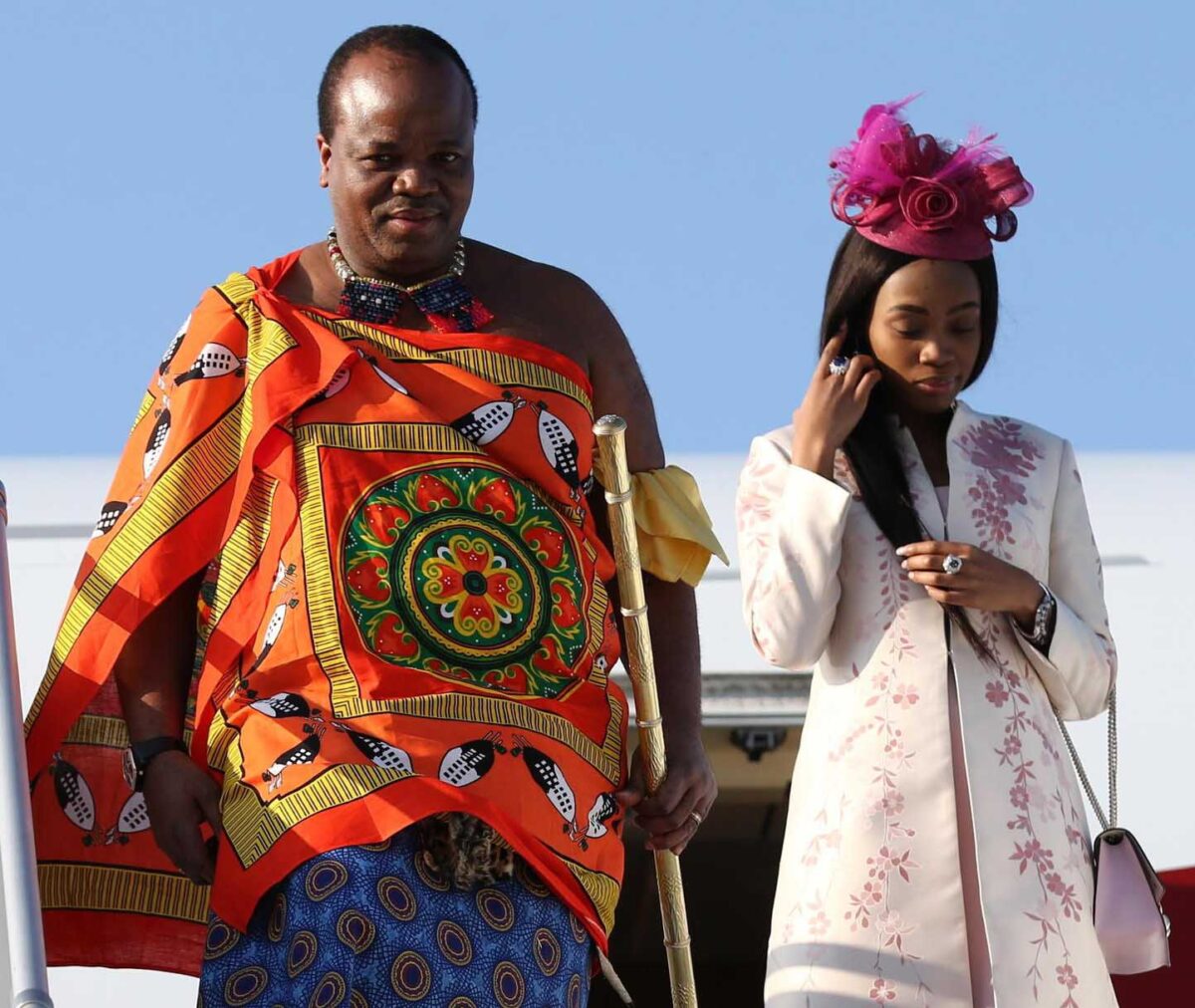 JOHANNESBURG, South Africa – Speculation swelled on Tuesday over the whereabouts of King Mswati III of eSwatini following a day of pro-democracy protests.

South Africa’s public broadcaster, the SABC, reported that King Mswati, 53, had “fled amid public violence in the country,” but did not say where he had gone.

Eyewitness News, citing the Communist Party of eSwatini, claimed that the monarch “fled his country and said was reportedly hiding out in Johannesburg.”

But eSwatini government spokesperson Sabelo Dlamini said “the reports about the king fleeing are completely untrue and fake”.

The protests, in which trucks were torched and looted, flared up several days ago after the monarchy and government issued a decree banning the delivery of petitions that called for democratic reforms.

Police clashed with protesters demanding democratic reforms in various parts of the country on Monday. Buildings, including a supermarket allegedly owned by the King, were set on fire in the central town of Matsapha.

“It was discovered that the special jet for King Mswati left around 10.30PM last night but we have discovered that it left earlier. He’s been hiding in Johannesburg, in the Sandton area,” Thokozane Kunene of the Communist Party was quoted as saying by Eyewitness News.

King Mswati has two private jets – a McDonnell Douglas MD-87 with tail number 3DC-SWZ and an Airbus A340-313 with tail number 3DC-SDF. Flight tracking website Flight Aware showed the last flights for both aircraft to have been inbound into the city of Manzini. The MD-87 appeared to have conducted a test flight on June 9, 2021, while the Airbus took off from Heathrow Airport in the United Kingdom on June 15 and landed in Manzini on June 16.

The protesters, who are backed by labour unions, are demanding the right to vote for their own prime minister with executive powers. Currently, the prime minister is appointed by King Mswati who also appoints judges.

Political parties have been banned in the tiny southern African country since 1973.

“As youth we no longer want the present system of governance,” protester, Noma Matsebula, told AFP.

“We demand multi-party democracy now,” said another protester Melusi Dlamini. “The time for the royal system characterised by dictatorship is over.”

King Mswati III, crowned in 1986 when he was just 18, has come under fire for his expensive tastes and spending when most inhabitants live below the poverty line.

Although protests remain rare in eSwatini, public resentment has grown in recent years.

In 2019, the country was rocked by a series of strikes by civil servants who accused the monarch of draining public coffers at the expense of his subjects.