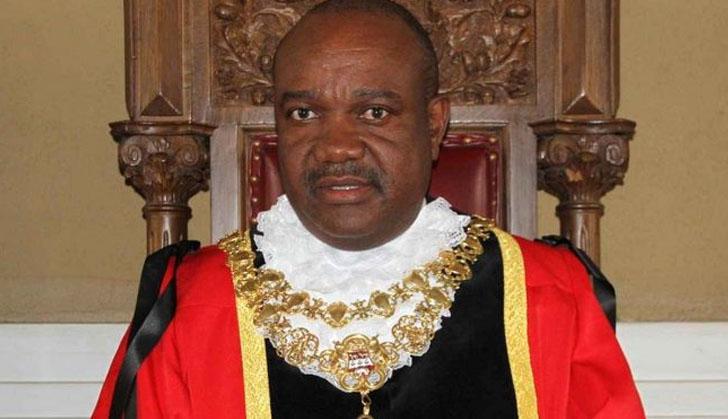 FORMER Former Harare Mayor Bernard Manyenyeni and his wife Francesica have been admitted at a private hospital in the capital city after contracting Covid-19 at a relative’s funeral in Murewa.

He wrote: “Friends, we have been struck by Covid-19. Fran was admitted yesterday together with our house help Aunt Eunice. I have just been admitted into hospital. All three of us are having the best possible care and attention in the land. I am the one with least issues (thanks to Sinopharm Verocell vaccine). Keep us in your prayers and thoughts).”

In a subsequent interview with newzimbabwe.com, the former Mayor revealed how he got the virus.

“More than a week ago my wife Fran and I travelled to Murewa at Zihute village where my niece was being buried. Before her death, her daughter-in -law travelled from Cape Town in South Africa to take care of her in the village. She had Covid-19 but no one knew about it,” he said.

“Unfortunately, my niece passed on. My wife and I travelled to Murewa for the funeral which later turned out to be a super- spreader as more than 30 cases have been reported after contact tracing in this village. One other person has died so far,” Manyenyeni added.

“I am not feeling sick although I am weak. My wife got admitted yesterday (Friday) and I got admitted today (Saturday).”

He warned people to take all precautionary measures, to get vaccinated and to avoid getting infected with the corona virus that has caused tens of deaths during the past week.

“Covid-19 is real. In my case, l am strong because of the Sinopharm vaccine. l was inoculated. This vaccine has defended me so well so far. I urge everyone to go and get vaccinated as government has advised,” said Manyenyeni.

Finance minister Mthuli Ncube told journalists at the Robert Mugabe International Airport that 3 million doses of the same will be expected in the country in batches of 1.5 million each next Thursday and monthend of July respectively.

Meanwhile, Health ministry has announced the Covid-19 roll out plan vaccination programme where certain areas will be prioritised to prevent severe sickness and death among those who contract the disease.