Brendan Taylor wrote his name into the Nottinghamshire record books on the final day of their Specsavers County Championship match against Durham at Trent Bridge.

The former Zimbabwe captain was undefeated on 105 when rain brought a premature conclusion to the contest early in the afternoon, leaving both sides to settle on a draw.

Taylor’s second hundred of the match made him the first Notts batsman to achieve the feat since Russell Warren, who did it against Middlesex, at Lord’s in 2003. He’s the first to do it at Trent Bridge since Tim Robinson in 1989.

Brendan Taylor scored 219 runs in the match against Durham

When play was called off Nottinghamshire were on 289 for five in their second innings, an overall lead of 376 – and a declaration appeared imminent, with only 63 overs remaining.

Notts began the day on 104 for one, in their second innings, a lead of 191. Any immediate progress was stifled as Graham Onions dismissed Greg Smith for 21 in the first over of the day, trapping the batsman LBW with one that kept low. The bowler then added to Durham’s injury problems by limping off midway through his fourth over.

Jake Libby steered Chris Rushworth to gully for 42 and Michael Lumb hit a return catch to Scott Borthwick, having made 52 from 71 balls. Taylor played superbly, monopolising his 97-run stand with Lumb as he hit a couple of sixes off Borthwick and another from the bowling of Paul Collingwood to bring up his 50 from just 35 balls.

100 for Brendan Taylor! He’s hit a ton in both innings, this one from just 80 balls. Notts lead by 370 #NottsvDurhampic.twitter.com/t8y4jS5lmh

Brendan Taylor, the first Notts man to score centuries in both innings since Russell Warren in 2003 #NottsvDurhampic.twitter.com/Ks1qnbyRg1 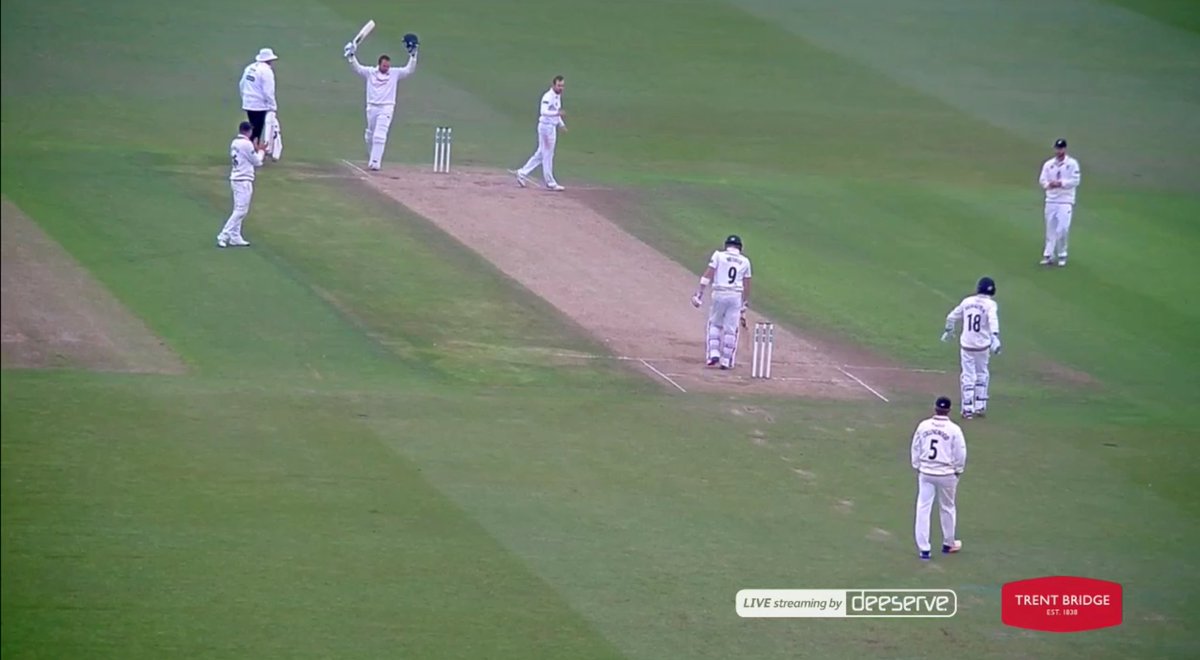 Unbeaten on 82 at lunch, with his side 344 ahead, Taylor was given the opportunity to register his 28th first class hundred when the innings was allowed to extend into the afternoon session. Samit Patel fell straight after the resumption, chopping into the ‘keeper’s gloves for 10, to give Borthwick his eighth wicket of the match.

Taylor pulled the same bowler for six to move to 96 and then dabbed part-time bowler Mark Stoneman to third man to bring up his ton; getting there from 79 balls, with nine fours and five sixes.

Another punch down the ground followed but by then steady drizzle was falling and the umpires decided that it was time to call a halt to proceedings.