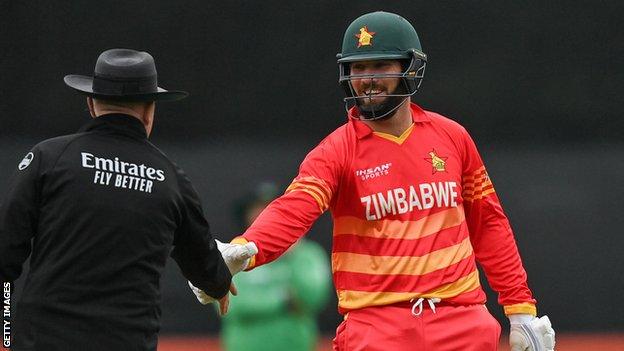 Brendan Taylor, the former Zimbabwe captain, has received a “multi-year ban” for failing immediately to report what he said was an attempt at blackmail to fix matches by using footage of him taking cocaine.

In an emotional 1000-word statement on Twitter, the 35-year-old disclosed the International Cricket Council would soon announce his suspension, admitting he took “too long” to tell it of the allegedly corrupt approach.

The former Nottinghamshire player, who retired from international cricket in September, pre-empted the ICC announcement with his own account of how he had taken a $15,000 (about A$21,000) “deposit” to spot-fix after flying to India to meet a “businessman” to discuss what he said was the launch of a Twenty20 competition in Zimbabwe.

Taylor wrote: “In late October 2019, I was approached by an Indian businessman requesting that I attend India to discuss sponsorships and the potential launch of a T20 competition in Zimbabwe and was advised that I would be paid $15,000 to make the journey.

“I can’t deny I was a little wary. But the timing was such that we hadn’t been paid for six months by Zimbabwe cricket and it was questionable whether Zimbabwe would be able to continue playing in the international arena. The discussions took place, and on our last night in the hotel, the businessman and his colleagues took me for a celebratory dinner.

“We had drinks and during the course of the evening they openly offered me cocaine, which they themselves engaged in, and I foolishly took the bait.

“The following morning, the same men stormed into my hotel room and showed a video of me the night before doing cocaine and told me that if I did not spot-fix for them, the video would be released to the public.

“I was cornered. And with six of these individuals in my hotel room, I was scared for my own safety. I’d willingly walked into a situation that has changed my life forever.

“I was handed the $15,000 but was told this was now a ‘deposit’ for spot-fixing and that an additional $20,000 would be paid once the ‘job’ was complete. I took the money so I could get on a plane and leave India. I felt I had no choice at the time because saying no was clearly not an option.

RELATED ARTICLE
David Warner will be rested for the T20 clashes against Sri Lanka.
Australian cricket
Richardson out of Pakistan tour, Warner to miss T20s against Sri Lanka
“The ‘businessman’ wanted a return on his investment which I could not and would not give. It took me four months to report this offence and interaction to the ICC. I acknowledge this was too long of a time. I approached the ICC on my own terms and hoped that if I explained my predicament, my genuine fear for our safety and well-being, that they would understand the delay. Unfortunately, they did not, but I cannot feign ignorance in this regard.

“I would like to place on record that I have never been involved in any form of match-fixing. The ICC are taking the decision to impose a multi-year ban on my international cricketing career. I humbly accept this decision.

“I am checking into a rehabilitation centre to get clean and to get my life back on track.”