EXPOSED: All the hidden details about the Mugabes’ 11 farms 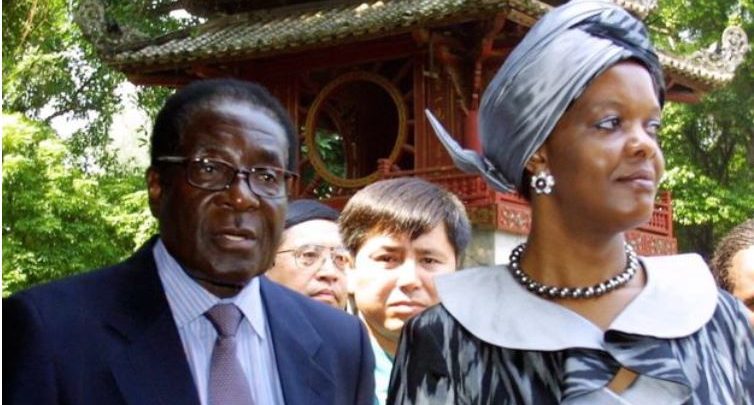 The former First Family, Grace Mugabe and her late husband Robert Mugabe, owned at least eleven farms, most of which they took ownership of by crudely chasing the owners and threatening them from reclaiming their land.

All in all, the Mugabes control at least eleven farms spread across provinces including Harare, Mashonaland Central and Mashonaland West. Moreover, the total size of land under the ownership of a single Mugabe family is more than 24 000 hectares, big enough to rival former colonialists who Mugabe claimed he was fighting all his life.

The former President Robert Mugabe died in September this year, after having been in power for 37 years. The last two decades of his reign was pronounced by legendary rhetoric about one-man-one-farm policy, and he frequently preached to party members that the whole reason for waging the war of liberation was to take back land from white colonizers and hand it back to the landless majority.

But revelations unearthed by Zimbabwe Voice, working with sources in the Ministry of Lands, Agriculture and Rural Resettlement, show that the Mugabes were outright land barons, preaching what they never practised regarding the issue of land reform and ownership.

Most of the farms they seized have no meaningful farming activity going on on them, with some having been leased to white farmer whilst Mugabe was still in power. Mugabe himself was a critic of black farmers who leased pieces of their lands to whites, saying they were giving back the land to colonisers and selling out on the people’s struggle.

“It is also important to note that equipment at these farms in the form of
centre pivots were installed by the state through the former Minister of Agriculture Dr Joseph Made,” a source told Zimbabwe Voice.

What they now call Smithfield is a combination of 5 farms, namely Smithfield farm, Willows plot, Lemon pool, Mazowe junction, and Lot 5 of Yarrowdale. It has total hactarage of around +/-1300 hactares.

“The Mugabes are not farming on this consolidated farm,” our source, who requested anonymity because they were not cleared to speak to the press, revealed. “They have subcontracted and leased it to the Rudland Brothers – Simon and Harmish.

“Offer letter for this farm is in the name of the Grace Mugabe Foundation. The letter they use to purport ownership of this farm is a farm handover letter which is not a standard offer of land and also makes it clear that its state land which might be required for resettlement in the future.”

This one a consolidation of three farms into one. The three farms as per the farm handover letter are as follows.
I. B of Greater B
II. Remainder of Iron Mask
III. Portion of Irene Estate

Our source revealed: “The handover letter is in the name of Grace Mugabe Children’s Home. It does not have a standard offer letter for land which is in terms of the land reform act, but a handover of farm letter which can be legally challenged. It has a total of 1 399.6 hactares.”

This is a farm in Pomona just next to the Pomona Barracks. It has a total of 310 Hactares. It was initially taken over by some families during the land reform programme. Of the entire group that had settled there, only 3 managed to get offer letters, namely Adonia Makombe, Sahungwe Hungwe and Nyika Chifamba.

They have valid offer letters. The Mugabes have a handover letter which is in the name of their Company called Kaseplan Grand Industries, says another of sources.

“These families who had settled on the farm were evicted by the Mugabes who managed to obtain this handover letter in 2011. They used Police, Military and State security to chase away these people and dumped them in Mbare to enable them to take occupation of the farm. They have also taken a 100 hactares of state land next to the farm that was initially meant for a Botanical Garden.

“The Botanical Garden project was shelved by the State because of lack of enough underground water in the area. They call this place Zunde.”

This was called Foyle Farm.

Said the source: “Dr Made, the then Minister of Agriculture took it away from the former white owner, passed it on to ARDA. It became known as ARDA Foyle for about two seasons, before it was then handed over to the then President.

According to our source, the Mugabes bought High field farm in the 1980s, before the beginning of the land reform programme.

Zimbabwe Voice has been told that during the land reform programme, farms surrounding Highfield Farm were allocated to beneficiaries.

“They developed interest and used state security, Police and Army to chase away these beneficiaries. They took over the 4 farms that surrounded their farm. The farms are as follows;-
I. Tankatara
II. Cressydale
III. Jonh O Groats
IV. Clifford.”

The source further says that through the office of the then Minister of Agriculture, Dr Made, they mobilised state resources and installed 19 centre pivots in all these farms where they had chased away people.

“They never got any paperwork for them. Literally, they are illegal occupants of those farms. The total hactarage of the 5 farms combined is 4800 hactares. The beneficiaries who were chased away were not given any alternative land; they did not have their offer letters withdrawn,” Zimbabwe Voice was told.

The original name of this farm is Sigaro. ARDA took over briefly preparing to hand it over to the Mugabes, it has been revealed.

“ARDA named it ARDA Sigaro. They mobilised equipment and handed it over to the Mugabes. It has +/-1300 hactares. There is no meaningful activity taking place at the farm.

“Last season they did 32hactares of seed maize and less than 10 for commercial maize. This is a real candidate for downsizing. They are busy scouting for partners who want to farm on a long lease.”

The original name of this farm is Gwina. ARDA took over the farm briefly and named it ARDA Gwina. They mobilised state resources and handed it over to the Mugabes.

Said the source: “The farm has 800 hactares. The Mugabes are currently not farming on this farm. They have leased it all to a white farmer.”

This is a portion of Gwina farm that was allocated to Churchill Marufu a brother to Grace Mugabe. It has a total of 800 hectares.

Bucklands was originally called Buckland Estate. This a farm next to Wild Geese Lodge in Harare. It has a total of 310 hactares.

“There is no farming activity taking place at the farm. They wrestled it away
from a Mr Nyabadza who had been allocated this farm during the land reform programme,” it has been revealed.

There is a plot just after the Golf course with 120 hactares that was allocated to the Mugabes company called Mawuya Zimbabwe. It has a letter of handover and not an offer letter.

The Mugabes, particularly Grace Mugabe, had plans to set up a game reserve in the Manzou area.

They forcibly evicted families who had settled there and dumped them by the roadside, attracting worldwide media coverage and condemnation for the act.

It has also been revealed that the Mugabes auctioned mechanisation equipment in June this year and pocketed all the money. This incident was widely covered in various media.

The remaining equipment was all sold as scrap metals “to a guy called Tinashe. Currently they are breaking down Tractors in Norton and selling them as scrap to the same guy,” it has been revealed.

The department of Mechanisation had offered to fix the tractors. However, the Mugabes defied this “for the love of money,” Zimbabwe Voice was told.

The Land Commission recently completed a national land audit, with the reprit having been submitted to President Emmerson Mnangagwa.

Speaking at the just ended 18th Zanu-PF Annual National People’s Conference at Goromonzi High School in Mashonaland East province last week, President Mnangagwa reiterated that those with multiple and large farms will have them downsized and redistributed.

The Zanu-PF Youth League has also been calling for downsizing of huge farms, and for extra farms owned by the Mugabes to be redistributed.-Zimvoice