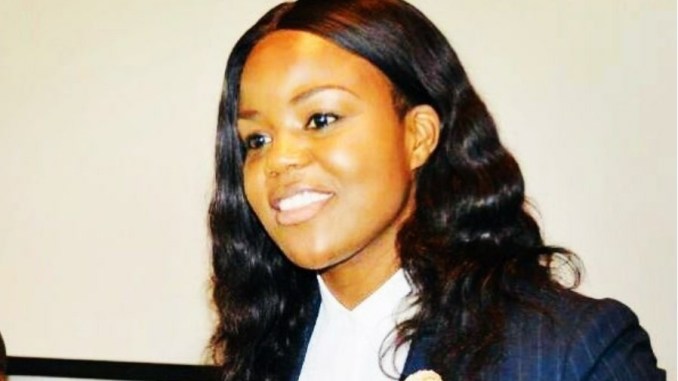 THE case in which Harare lawyer and politician Fadzai Mahere is suing another legal practitioner Petina Gappah, for $1 million for alleged defamation has taken a new twist with the latter standing by her word.

Gappah has filed an urgent chamber application with the High Court demanding release of certain documents which she says support her defence.

She is also defending the suit claiming that Mahere “extracted a tweet from her twitter feed, which was not all about her and inferred that it was” before she responded in a crude and disproportionate manner saying that Gappah has never been in a Zimbabwean courtroom, as such, should not call herself a lawyer.

Gappah also said she told the truth when she stated that she had assisted Mahere to redraft the latter’s Cambridge essay while rendering additional assistance for the MDC Alliance spokesperson to enrol at Cambridge University.

In her plea, Gappah also said she stated the truth when she said Mahere had attempted to start a sexual relationship with the father of her son. The colloquialism used was “getting into my then partner’s pants.”

In the present chamber application, Gappah said it is important for Mahere (cited as respondent) to produce the documents she demanded to enable her defence and expedite the swift and judicious disposition of the matter between the two.

She wants their communication of September 2009 on Facebook Messenger in which Mahere allegedly sought help with her application to Cambridge University.

She also wants communication on the same platform in which Mahere asked intrusive questions about the status of her (Gappah) relationship with her son’s father.

Gappah demanded the release of Mahere’s official documents pertaining to her employment in The Hague in 2009, their communication in August 2016 in which she turned down an offer to meet for lunch and reprimanded the politician about her conduct which she (Gappah) believed was inappropriate.

Gappah also demanded Mahere’s CV she circulated as part of her Yellow Campaign in 2018 in which she claimed to have worked for an international trade consultancy in Geneva.

“These documents are critical in informing the court of the nature of the defence pleaded by the applicant (Gappah) which is basically defence of truth. Without these documents, the court may not be able to appreciate the full defence and judgement may be impaired as a result, she said in her application,” Gappah said, adding, that documents related to Mahere’s employment status in 2009 were important.

“Further, the defendant herself has introduced into her academic transcript at the University of Zimbabwe. The transcript is badly copied.

“Thus, may seem like a small inconsequential matter, but it is important because it goes to the respondent’s probity and integrity.

“She thus attended Cambridge University on the back of a lie. Indeed, the respondent honestly is at the centre of the applicant’s case in the main matter where Gappah is a defendant.

“To further her political career, Mahere has presented to her political party and to the public a tissue of lies and is anxious not to be exposed for the liar she is. One such lie is her startling claim that she worked for a trade law consultancy in Geneva, Switzerland that was started by friends of Gappah who will testify that they have never heard of Mahere.

“This bare-faced lie is stated in the public CV that she circulated to the public in 2018, and which the applicant is pleased to inform the court she has now in her possession.”

Gappah said Mahere has acted dishonestly from the day she filed the summons against her.

“There is no foundation to her claims and her malicious discovery is further evidence of the weak and essentially spiteful case that she has brought to this court. Indeed, the respondent has already been criticised in a High Court judgement for dishonest litigation,” said Gappah.

Through her lawyers, Coghlan, Welsh and Guest, Mahere filed summons at the High Court in 2018 claiming $1 million defamation damages from Gappah.

In her declaration, Mahere said Gappah had published a series of tweets on her Twitter account @VascoDaGappah accusing her of corruptly enrolling at the UZ and the Cambridge University and attempting to seduce Gappah’s boyfriend at some point.

Gappah was accused of having said Mahere was admitted into the UZ only because her father was then a permanent secretary in the government.

The advocate also said Gappah’s allegations were highly defamatory, given that they were retweeted several times and published on various electronic social media platforms.

The matter is pending.