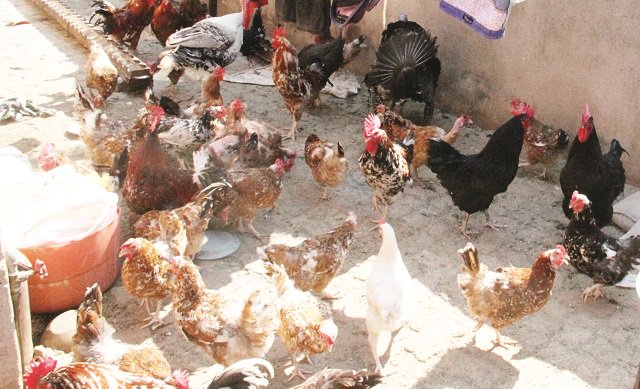 The “fake broiler chicks” saga that recently rocked Bulawayo has hit another high amid revelations that the alleged fraudsters were also painting the chicks in question with red and black oxide before selling them to unsuspecting residents under the pretext that they were egg layers and “roadrunner” chicks.

Investigations by B-Metro came after reports by its sister paper Chronicle that some disgruntled residents who bought the chicks from Amadi Nyathi of Mzilikazi suburb reported him to the police claiming they had weird characteristics that include ravenous appetite, failure to grow and vicious fighting among themselves.

“They look and still weigh less than 100 grammes after four-and-a-half weeks instead of 1,2kg. They eat more than full grown chickens,” one of the victims was quoted as having said.

The suspect reportedly admitted he sold about 8 000 chicks to unknown clients at $1,60 each.

Meanwhile, in light of the shocking news investigations by B-Metro revealed that a lot of people some from the rural areas have been sold those “painted chicks” under the belief that they were “roadrunner” chicks.

Investigations also found out that Nyathi was not alone in creating what many chicken breeders described as “mischief” in the poultry industry.

In a bid to hoodwink the unsuspecting victims, the alleged fraudsters were reportedly operating outside shops that sell egg layers, broiler chicks and stock feed claiming they were their agents.

One of the victims who identified herself as Mrs Ndoro from Woodville claimed that she bought the chicks outside a shop situated at Corner 10th Avenue and Jason Moyo. She said it was the biggest case of its kind and had to be investigated.

“The fraudsters when caught should rot in jail. Just imagine I bought 250 of those fake chicks for my chicken project and by greed, those fraudsters have corrupted and destroyed my legitimate business which I have been running for years,” she fumed.

When B-Metro news crew went to one of the identified places where the said fraudsters usually operate, disguising as buyers one of the vendors strongly outlined how the fake egg layers were made.

He sternly warned the new crew not to buy chicks from non-reputable buyers saying people were blinded by the apparent low prices which end up being more expensive in the long-run.

“It is unfortunate that people always want cheap chicks and that is the reason they fall prey to fraudsters.

“They take the fake chicks and paint them with red or black oxide, scamming innocent customers by making them believe they are road runner chicks or egg laying chicks, usually the Rhode Island Red which has a golden, brown colour,” said a vendor who refused to be named for fear of victimisation.

“Unfortunately after a few weeks, the ‘paint’ peeling off and you will realise that you had been robbed, but those people will be nowhere to be seen as they are not stationed at one place like us.”

The vendor encouraged people to buy chicks from reputable shops.

Aggrey Moyo, a renowned poultry dealer from Nketa 8 suburb said he was also a victim of “fake painted chicks”.

“I am also a victim of those fake painted chicks and I only realised it after a month when the paint started peeling off and the chicks had stunted growth.

Since then I was alert such that whenever I am going to buy the chicks I go to reputable dealers than those individuals who usually sell in the streets,” said Moyo.

He said it was “very” difficult to differentiate the real ones from the fake ones as the latter also have a normal rate of growth when looking at them. B-Metro

Maziwisa cried as judge handed down ruling; duo to appeal at High Court