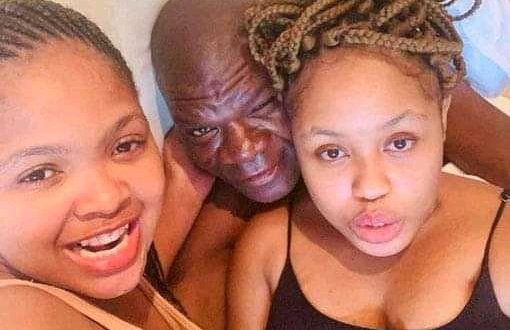 “Girls who love to party and club usually know where to find me.”
These are not the words of one of America’s successful hip-hop artistes, but our very own Roland Muchegwa, famously or infamously known as Uncle Roland.

B-Metro caught up with the prominent South Africa-based socialite, who was quick to use the tête-à-tête to dismiss widespread falsehoods that he is wanted in Zimbabwe for battering his ex-wife.

The yellow-bone loving Uncle Roland said he was not a poster boy of domestic violence and was at pains to explain that he was self-exiled in South Africa and all was well with his ex-wife.

“About my ex I can’t deny that there were some squabbles, but we sorted it out and forgave each other, we moved on. It’s now more than four years since that incident happened.

“I think people should judge me on my present, I am not an abusive man, the rest is now history,” said Uncle Roland.

But with the history of abuse, are pretty girls safe around him?

“The girls are safe, as I’m safe too. As a human being I know there are always haters who wish me to fall. I’m cautious most of the times,” he said.

Uncle Roland is well known for living it up, partying and bowling in clubs, but there is more to the man who has become the blesser of choice. He is all about securing the paperAdvertisementand pushing the envelope. The 51-year-old made his fortunes through fuel deals across the Sadc region, mining and owns a big club in Cape Town, South Africa.

He is far from satisfied with what he has as he has partnered with some locals he could not name to set up an upmarket night club.

“I’m already partnering a big club in Zimbabwe and the business is actually paying off,” said he said.

Where does Uncle Roland chill and booze?

Not so long ago, videos of Uncle Roland bowling and splashing US dollar notes at Pabloz Night Club in Gweru circulated on social media streets and it was evident that this was one of his preferred joints.

With the December holidays packed with events all around the country, watch out for the international blesser, he might turn up in your town as he fancies being where people are.

“Girls who love to party and club usually know where to find me. I usually favour to be at Pabloz club and big shows,” he said.

About the video while on the back of a bakkie saying “back to reality” what did he imply?

“I meant back to basics (laughs).

From blessing Mzansi chicks and now back to the streets of Harare,” said Uncle Roland.