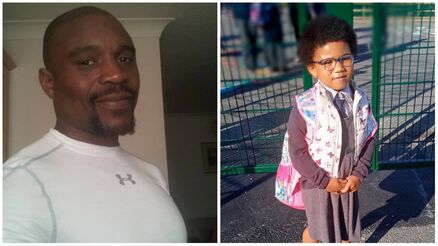 The Zimbabwean community in Ireland has been plunged into mourning following the death of a father and daughter in an explosion at a petrol station, police confirmed on Saturday.

Mr Robert Garwe (50) and daughter Shauna Flanagan Garwe (5) died on the spot as they were in a shop buying a birthday cake for the girl’s mother.

The blast occurred at around 3.20pm (2.20pm in Zimbabwe) on Friday in the County Donegal village of Creeslough, Ireland’s police, the Garda Siochana, said in a media conference Saturday.

“The 10 casualties are four men, three women, two teenagers – a boy and a girl – and a younger girl,” said police, adding that all the victims appeared to be locals.

Police are treating the incident with an “open mind”, but said that “our information at this moment in time is pointing towards a tragic accident”.

Focus will turn to the causes of the incident once the search and recovery operation is completed.

Rescue efforts by Ireland’s emergency services went on through the night after the blast ripped through a petrol station forecourt and a nearby apartment complex.

An aerial photograph taken after the explosion showed the petrol station building destroyed.

Two two-storey residential buildings behind it had collapsed, while the facade of a similar adjacent building was blown off.

Resident Kieran Gallagher, whose house is about 150 metres from the scene, said the blast sounded like a “bomb”.

“I was in my house at the time and heard the explosion. Instantly I knew it was something – it was like a bomb going off,” he told the BBC.

At a service at the local church on Saturday morning, Father John Joe Duffy said the community had been hit by “a tsunami of grief”.

Many emergency services vehicles remained at the scene overnight, including fire services from both sides of the border with British-run Northern Ireland.

Gardai and civil defence personnel were also involved, and a coastguard helicopter airlifted some of the injured from Letterkenny University Hospital to the capital Dublin for further treatment. – Wires.