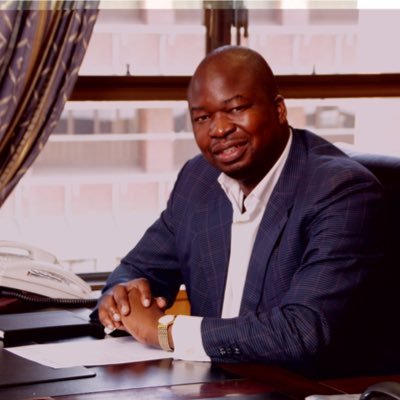 UNDERFIRE Ministry of Finance and Economic Development secretary George Guvamatanga has splashed a whooping US$50 000 on a kitchen suite makeover at his Harare house, Zim Morning Post can reveal.

Zim Morning Post understands that the transaction was made a few weeks before the Covid-19 induced national lockdown.

This publication has it on good authority that Guvamatanga made the purchase of the expensive kitchen suite at Tusilago Kitchens, located along Seke Road in Harare.

The place is known for top notch kitchen make-overs that even attracted the late MDC leader Morgan Tsvangirai who also bought an almost similar suite for his then fiancée Elizabeth Macheka in 2012.

Trusted sources told this publication that the exclusive suite is within  the Memphis Cherry family ,  and is one of the most expensive brands sold by Tusilago.

It comes with lots of extras giving rise to more hidden costs.

“Mdara Guvaz(Guvamatanga)  bought a suite almost the same as that Tsvangirai suite that made headlines, and it’s in fact better because it carries more extras,” explained our source who spoke on condition of anonymity for fear of reprisal.

Guvamatanga’s position renders him the most powerful civil servant in the finance ministry and on Wednesday he was under fire for approving a dubious US$1 million COVID-19 emergency supplies to a company known as Drax International.

He has since leapt to  his defence arguing that he only sanctioned the release of test kits which were of emergency need.

The latest buy has compelled some political commentators to blast his extravagance in relation to public office and state of the economy.

“This man is the bearer of the national purse and his ministry complains of liquidity crunch everyday and preach the gospel of austerity measures ,but his behaviour is completely the opposite.

“It’s shocking and he has failed the morality test and gave rise to suspicion of abuse of funds by top government officials,” said a political lecturer with a local university.

However, some critics shared different sentiments saying Guvamatanga is a free citizen with freedom of choice to buy what he wishes as long as the transaction is within the confines of the law.

“Guvamatanga can buy whatever he wants and he must exercise his democratic rights.

“Are you aware the man has been at the helm of Barclays Bank for close to a decade after joining the same bank at the age of 17.

“He has the bragging rights to celebrate his success with fine things in life,he worked for the monies and I support him,” said a South Africa  based  political analyst who declined to be named.

“Guvamatanga is a businessman and before the President (Mnangagwa) appointed him as perm sec ,four hours after an informal interview ,he was pursuing family businesses including a thriving real estate concern.

“At one time he wanted to buy large stake in Barclays Bank ,what about a kitchen suite,lets not be petty the country has more pressing issues than kitchens,” he added.

According to Zimstats, the poverty datum line stands slightly above ZWL6 000 with the lowest paid worked getting at least ZWL 1000 which equates go about US$60 on the parallel market.

Efforts to get a comment from Guvamatanga drew a blank as his mobile phone was not reachable at the time of writing.

He had not responded to SMS and Whats app messages sent to him despite the later registering confirmation of receipt through blue ticks, while authorities at Tusilago cited client confidentiality and remained mum over the transaction.

However, in telephonic conversations listened to by this reporter via third party, Guvamatanga confirmed the big buy citing that there was nothing sinister and he even plans to make a better purchase.-zimmorningpost