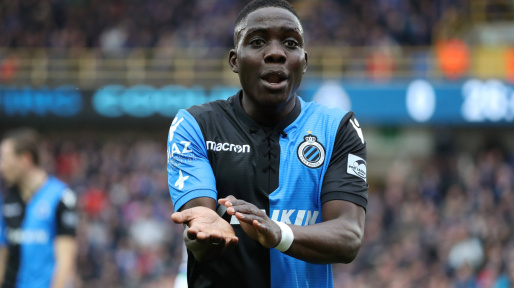 MARVELOUS Nakamba still has a lot to offer for Aston Villa after all.

The Warriors midfielder has fallen down the pecking order at Villa Park but the Birmingham side can’t let him go, entirely.

The Zimbabwean is a wanted man after newly promoted sides Nottingham Forest and Fulham offered to buy him.

The two clubs are understood to have put lucrative offers on the table to buy Nakamba entirely but Villa have been repelling the approaches.

Instead, the Steve Gerrard club would rather let Nakamba extend his contract beyond 2024 with them before letting him go on loan. With hours before the English Premier Soccer League transfer window closes at 11:59pm tonight, it will be interesting to see where the Bantu Rovers product will end up at.

He is not guaranteed extensive game time at Villa Park this season and it will be ideal for him to move either on loan or permanently.

The Aston Villa management still believes in his ability and they are reported to be pressing for the Zimbabwean to extend his stay before they can loan him out.

However, both Nottingham Forest and Fulham are pressing for a permanent transfer. A source privy to the goings on told The Herald yesterday that Nakamba, who was in last night’s match-day squad against Arsenal at The Emirates could be one of the transfer deadline day candidates.

“The top Aston Villa hierarchy still wants him (Marvelous Nakamba) at the club. Even the coach (Steve Gerrard), also appreciates his work and likes him a lot.

“But as things stand, Nakamba has to move because his involvement in the team will be limited given the options available for Gerrard in the midfield,” said the source.

“Nottingham Forest and Fulham have officially approached Aston Villa. They want him but they have been told he is only available for loan.

“Aston Villa want him to extend his stay before they can send him out on loan.

“But the two suitors are pressing to buy him entirely.

“All the same, Nakamba has to move and we will see what happens in the coming hours.” The hours ahead will be interesting for the Zimbabwean who Gerrard early this month hinted could be sold.

According to BirminghamLive, the bulk of Villa’s transfer focus early this month was on shipping out those who need game time.

“I have spoken face to face with those players (including Nakamba) so they all know where they stand,” Gerrard told BirminghamLive then.

The site further revealed that Aston “Villa are relaxed about Marvelous Nakamba and would listen to offers should they be forthcoming.” And with Nottingham Forest and Fulham coming forward with offers for the Zimbabwean, it remains to be seen where he could end up by the time the watch clocks 11:59pm tonight.

Nakamba’s place in the team has been taken by Boubacar Kamara who continues to show his class since joining from French Ligue 1 side Marseille. Once Kamara arrived, Nakamba started to struggle for game time with the Zimbabwean even missing two pre-season matches against Manchester United and Brisbane Roar in Australia in July.

Should Nakamba eventually make the move to either Fulham or Forest, he will be expected to resuscitate himself after spending most of his three-year stay in Birmingham either warming the bench or sidelined by injuries.

Besides Nottingham Forest and Fulham, several clubs including some from France and in the English Championships are understood to be interested in signing the Warriors midfielder.

The Zimbabwean spent most of his pre-season in the country where he launched the Marvelous Nakamba Foundation Invitational Under-17 tournament.

The inaugural edition was held at White City Stadium in Bulawayo with Manicaland side MAJESA winning the competition after beating Highlanders Juniors 2-1 in the final.