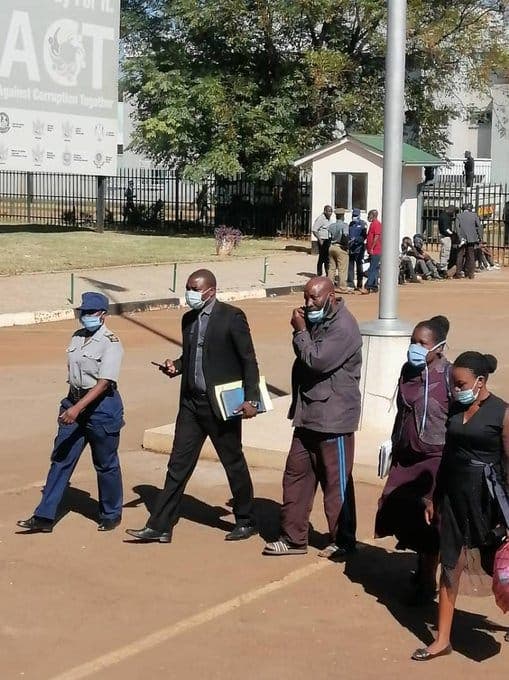 He was advised to apply for bail at the High Court. The matter was remanded to 13 May.

According to court papers, the State alleges that sometime in March 2021 the complainant and his friends went to Chirambadare’s house for cleaning where they were given some sweets.

One day, the complainant was alone and after cleaning the house the accused called him inside so that he could give him some sweets.

While inside the house, Chirambadare grabbed the complainant by the waist pressed his back down forcing him to bend down.

He reportedly pulled down his pants and raped him once before threatening to kill him if he tells anyone.

Chirambadare went on to have sexual intercourse with the complainant several times.

He did not tell anyone until he developed some piles. He told his uncle leading to Chirambadare’s arrest.

Recently, Zimpapers Journalist Robert Mukondiwa made headlines after he allegedly sexually assaulted an orphaned schoolboy who had visited his home for assistance with some school fees.

According to the state, the victim is a student at Allan Wilson High School in Harare.The alleged incident occurred on March 2 this year when the student went to Mukondiwa’s place in Harare’s Avenues area.

The boy wanted assistance to get in touch with one Tsungai Mitasa who is outside the country and had promised to pay his fees.

Court heard the boy was offered wine by Mukondiwa but refused.

They later went to a shebeen where the boy was given Castle Lite beer.

Court has been told they continued drinking until around 2300hrs when they returned home.

The boy was allegedly shown a room in which to sleep and went to bed with all his clothes on.

Mukondiwa allegedly stripped naked and joined the boy whom he asked why he was sleeping while dressed.

The court heard Mukondiwa then started touching the boy and went on to sodomize him.

He only stopped when the boy screamed.