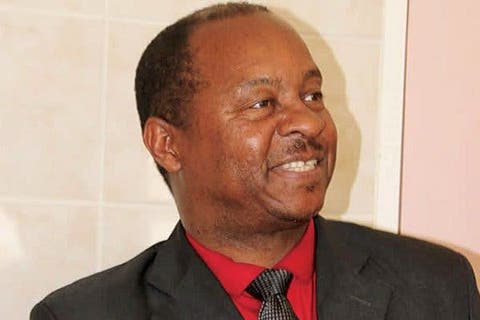 FORMER Health Minister Obadiah Moyo yesterday walked out of the High Court a free man after being discharged from prosecution on corruption charges for illegally awarding a multi-million-dollar contract for Covid-19 medical supplies to Drax International without going through a competitive tender process.

He was facing charges of criminal abuse of office over the awarding of a US$60 million contract to the company that allegedly sold supplies to the Government at inflated prices.

Moyo, who was being represented Advocate Tawanda Zhuwarara, made an application for the quashing of the charges, before Justice Pisirayi Kwenda, when the matter came for trial yesterday. In his submissions, Adv Zhuwarara flagged a series of shortcomings in the indictment, particularly the way the charges were formulated.

He exposed how the indictment was at law, incoherent and how the allegations were vague and embarrassing.

In this regard, he told the judge that his client was facing “what can only be described as an indictment that is inimical to the law, irregular in form and susceptible to impugnment”.

However, after a lengthy submission by both parties’ legal counsel, Justice Kwenda pressed the prosecution to explain the multiple deficiencies in the charge.

Justice Kwenda noted that the charges did not fully inform the accused of the nature of the allegations he was supposed to respond to.

In the end the court had no choice, but to take note of the prosecution’s admission that the charge was imprecise and upheld Adv Zhuwarara’s application, and quashed all the three counts against the former minister.

According to the indictment papers, Moyo allegedly awarded the multimillion tender to Drax International LLC, headquartered in the United Arab Emirates, which was concluded without the consent of the Procurement Regulatory Authority of Zimbabwe.

The ruling clears Drax of any wrong doing in this case, which saw US$2 million paid to Drax Consult SAGL for the supply of medicines and medical sundries to the National Pharmaceutical Company (Natpharm) frozen in the former’s bank account in Hungary amid indications International Police Organisation (Interpol) Harare could have misinformed their counterparts in Budapest on the deal involving Drax and the Government.

The money is locked in Drax’s MagNet Bank account in Budapest, after Interpol reportedly passed on information on investigations into the transaction between Drax and Zimbabwe’s Ministry of Health for medical supplies to the Government-owned, Natpharm.

This was after some banks involved in the system moved to stop suspected money laundering and raised a red-flag, leading to the freezing of the funds.

Drax, through its lawyer Mr Admire Rubaya, has since written to Interpol Budapest explaining the deal and putting the record straight and implored Interpol to engage State institutions to ascertain the facts around the Drax/Natpharm transaction.

He requested Interpol Hungary to engage the Attorney-General’s office, the Commissioner-General of Police, the National Prosecuting Authority and the Chief Secretary to the President and Cabinet to gather the relevant information on the deal.

The court ruling yesterday also vindicated Drax suspicion’s that Interpol Hungary could have received wrong information from some elements in the Zimbabwe Republic Police.

To date, the company had not had an opportunity to respond to issues relating to its business with the Government which resulted in Interpol moving in to investigate the deal and the subsequent withholding of the company’s US$2 million by Hungarian authorities.

Delish Nguwaya, who is the Zimbabwean country representative of Drax was arrested in June 2020 and appeared before the courts charged with fraud. However, these allegations have since been dismissed by the courts.