written by reporter263 7 days ago 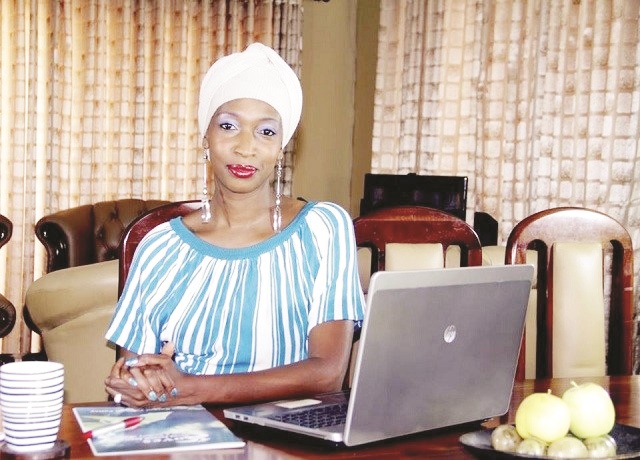 Former Studio 263 actress Tinopona Katsande has revealed that she was recently diagnosed with cervical cancer.

The popular media personality, who is affectionately known as Tin Tin, counselled women to go for regular cancer testing and screening.

Tin Tin, who also has endometriosis, said she only found out she had cancer after consulting doctors about an unusual discharge she was experiencing.

She is now receiving treatment and will return in a few weeks to see if the treatment was effective.

Right, you know it hadn’t even crossed my mind that by sharing my cervical cancer diagnosis I would ignite even more prayer chains for cancer patients and survivors, solidarity/ support groups and dialogue platforms as it is doing . Wow. The past 24hours have been really exhausting I won’t lie. My inboxes are inundated with all sorts and im feeling so much pressure to respond timely to everyone but tjooo…Its all a bit overwhelming, really. Infact it’s probably the reason why I didn’t want to share this part of my lifes journey on a public platform in the first place. But , after the “gracious lady” ( stage 4 cervical cancer patient) I met outside Wilkins Hospital the other day spoke those haunting words to me.

I knew in my heart that that kamaka calling kaye of being the voice of those who are afraid , or don’t have the platform as I do to speak out had kicked in yet again. ( asi Mwari uyu ka … haayaz. But I remain steadfast singing “,Itai Mponesi izvomunoda..” my most favourite United Methodist Hymn ) so I went ahead.
You see all I decided I wanted to do was to encourage other Zimbabwean women to go for cervical cancer testing and screening because isu maZimbabwean hatidi kuenda kumaDoctor willy nilly because:

1. Its so expensive in Zimbabwe and
2 . we conveniently apply the ” ukaenda kuno tavska bvene mugumo unoriwana chete ” saying to our health too which is so off side this case.

Tinopona also highlighted how difficult it is for women in Zimbabwe to speak out about sexual health issues due to societal expectations and attitudes.

Many people are asking me what prompted me to get tested for cervical cancer or how did I found out . Im sensing that many of us women either tirikuzeza or tirikutya, which is totally understandable as in Zimbabwe although we are also living in the 21st century we are still living in the nyaya dze anything to do with female reproductive health or female sexual health is still hush hush to just openly talk about or bring up in conversation – EVEN TO /WITH OUR PARTNERS . Sad but true. Kungo taura kuti waita discharge wakutonzi you are being promiscuous or you are bring accused of accusing your partner of chihure.  Ma1 kani.

Tinopona Katsande described how she was compelled to seek medical attention due to an usual discharge.

The ONLY reason I found out I had stage 1 cervical cancer is NOT because I was being a responsible and wise woman going for my annual pap smear and mammogram. No. Its because I was having a virginal discharge yanga ichinhuwa zvekuti huyai muwone.. Panty linners were useless and I had even begun to insert mini tampons even when I wasn’t bleeding to block the odor. ( which by the way is very unhealthy and dangerous and can cause toxic shock syndrome but I was like handinga fambe ndichikanda ka).

I just couldn’t understand it honestly. At first I thought my partner arikundihurira and has given me an STI coz I sure as hell am not going down that road . But then I was like but Huh? But how? When ? He’s such a home buddy my man, shame bless him ( apa ini I’m naturally a ” miss out and about” zvangu kkk) . But mmm then again murume haarambirwe right.

Then I thought maybe its just bad bouts of yeast infections or perhaps I was reacting to the multiple herbal supplements I’m now deliberately taking to try and live a better quality of life with the #endometriosis I suffer from. I douched more than regularly till I went from extremes of over moist to over dry . Oh it was so uncomfortable.

I even started to avoid intimacy with my beloved nekunyara because room yese kutu with odor mufunge.  Girls, it was really bad I won’t even try sugar coat that. You know how sometimes you can be in a room or a combi and someone stands up and EVERYONE in that space wishes they didn’t have the sense of smell. Yah, like that.

So after some weeks I decided to SECRELTY go for a full blood count checking HIV, STI’s and any other anomalies musystem. Deng. Nothing was offside . A friend suggested I go for VIAC but I didn’t because everyone .I know who went for VIAC DID NOT HAVE THIS SMELLY DISCHARGE, they were not feeling fatigue, not experiencing appetite problems and loosing weight zvisinganwisisike so.

Besides I had accompanied a closs friend of mine before a while back for VIAC screening and testing and she still had to go get further tests . Albeit , I ENCORAGE ALL WOMEN IN ZIMBABWE TO GO FOR VIAC screening and testing please even if you have no symptoms like mine or any other whatsoever. The purpose of Viac is a way to effectively PREVENT cervical cancer. Pleeease go please ndapota every woman between 30 and 50 they say.

I decided to go to my doctor. He asked me if I had ever done cervical cancer testing and suggested I get a pap test . I was fine with that because being an endometriosis sufferer I was confident that with all the pap smears i had had over the years, if i had had cancer it surely would have come up by now. After all , endo is not yet known to be linked with cervical cancer if I recalled correctly.

He didn’t want to alarm me but instead warned me that the pap smear was not a diagnostic test and I may need a coloscopy and if something abnormal came up then i would need a biopsy. A biopsy would reveal if i had chances of getting cancer, if i actually had it or of I was green clear of it. I confidentially did as Doctor suggested and 3 weeks later I got the call and went to get my results.

Speaking on her results and treatment options, the actress added,

In the meantime I was put on antibiotics for the discharge which helped actually but alas. My results came back positive for cancerous cells stage 1. This means I had tuma cancer in the tissue of my cervix but nothing spreading outside of the cervix. I was numb and devastated and scared as you can imagine BUT , That is a GOOD prognosis guys, it really is 🙏🏾. I have a high chance of beating thus little Big C at this stage . Hence I say its a good prognosis.

We then discussed treatment options with surgery being one considering a hysterectomy is also on tge cards due to the endometriosis but im really not ready yet .I vehemently refused surgery off the bat, also because Doc said I could get onto treatments that kill the abnormal cells as the cancer detected was moderate and after treatment could very well go back to normal. N.B.  I am speaking as a layman here not in the big words the doc used.

I’ve started the treatments. Its not fun . On the first night after I stated treatment i felt like my body was on fire. I had pins and needles all over my body. It felt like my body was at war within itself for lack of a better description. My poor children cried and cried and with me. My partner has never felt so helpless shame 💜. I will never forget that night. I vowed I will NEVER let the boys see me like that again. So now I go for treatments, take my meds and lock the bedroom and I smoke a big ass joint 💨. It really does help. Now ndane ligit excuse to get high kkk although I already smoked a lot of weed to balance the endometriosis pain sometimes (even tho the gynea said I must just have the oil not the part the makes me irrie #Cannabistings ka kkk. )

Anyway in a couple of weeks treatment will be over and we will see where we stand then , which I already know I WILL BE JUST FINE. Im just so very grateful we caught it early. Thank you Jehovah.

I’m on a good medical aid plan . now with the help of baba Alex 💜 but some.of the treatment I have to pay cash ( Zimbabwe 🇿🇼)  inorwadza sometimes eish but onward march I go. )