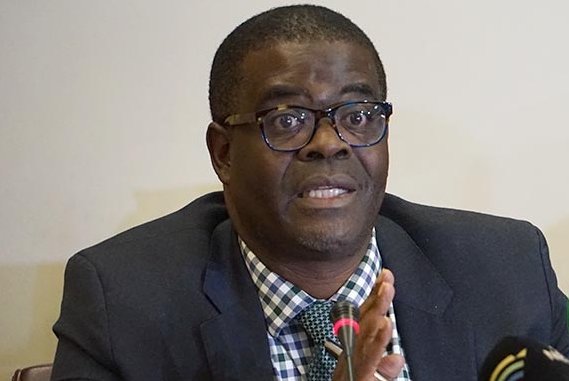 Dismissed Energy and Power Development Minister Fortune Chasi is likely to be arrested and dragged before the courts anytime soon following serious allegations of corruption that are being levelled against him, midlands news can reveal.

Chasi who was dismissed last week and replaced by Soda Zhemu, faces several corruption charges chief among them the Wicknel Chivayo Gwanda solar power project in which he is suspected to have illegally benefited soon after his appointment early last year and this could have angered the appointing authority President Emmerson Mnangagwa, government sources have said.

A top government official, who spoke to midlands news, alleged Chasi has been trying hard to push several deals linked to condemned Chivhayo and his company Intratek Zimbabwe.

The source close to the executive, said there are allegations to the fact that Chasi now owns a fleet of haulage trucks courtesy of some controversial business people who have been doing business with Zesa which was under his armpit. Apart from Chivhayo, several names were also thrown into the ring.

“Like many other government ministers, Chasi has been under surveillance for sometime now. Number one (Mnangagwa) is not happy at all as he suspects some of his Ministers of championing corruption, sabotage and undermining his authority among many other things. In the next coming days, i see him Chasi before the courts”, the source said.

He added that despite the fact that Chivhayo is still to be cleared by the courts in a botched Zesa solar power deal, Chasi ordered the corruption riddled Zesa to continue doing work with  Chivhayo and his Intratek.

Chasi was recently fired from government over conduct inconsistent with Mnangagwa’s expectations according to a statement from Chief Secretary to the President and Cabinet Dr Misheck Sibanda.

When reached for a comment Sunday Chasi could neither deny nor confirm the allegations being levelled against him. He also took time to dismiss the latest tweets by former Cabinet Minister Jonathan Moyo which he described as unhelpful.

“We are in a mudslinging phase now! I accept all that. I have responded to it . I know nothing about Sotic nor have I caused any investigation in connection there with. All ends well for those who mean well. “Liberat veritas”, Chasi said in response to the allegations.

Jonathan Moyo yesterday took to Twitter claiming that Chasi was fired for trying to reverse a deal in “Mnangagwa and SB Moyo stole USD 1, 2 billion disguised as a state loan from SOTIC INTERNATIONAL fronted by Kuda Tagwirei. The theft was structured by SB, using NOIC assets as mortgages.”