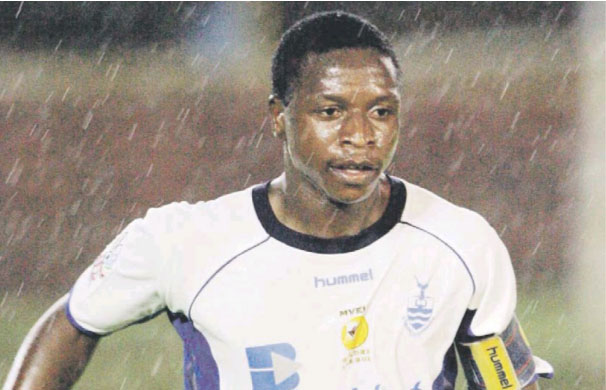 Former Zimbabwe Warriors international and Bidvest Wits left-back Charles Yohane has died. Yohane was reportedly murdered after he was hijacked and kidnapped in South Africa. He was 48 years old.

According to reports coming from South Africa, Yohane was hijacked and kidnapped over the weekend and later killed by the hijackers. His body was discovered on Monday in Mzimhlophe, Soweto.

Yohane played for Caps United in Zimbabwe before moving to South Africa, where he played for African Wanderers, AmaZulu, Bidvest Wits and FC AK.

He was a legend at Bidvest Wits and holds the record for appearances at the club, after playing for them 268 times, over a period stretching between 1997 to 2006.

The left-back later became the coach for Bidvest Wits’s developmental side. However, he suffered heartbreak when Wits sold their franchise to TTM.

Tributes have since started pouring in for the former Warriors international after the news broke. Below are some of the tributes,

Tragic news that former Zimbabwe, CAPS and Wits left-back Charles Yohane has been hijacked and killed in South Africa at the age of 48. He was in the Warriors squad for 2004 AFCON. Was coaching the Wits developmental side in SA.

2nd guy (after A/Ndlovu) from 2004 class to die. Yohane had a special relationship with @AloisBunjira14

May his soul Rest In Peace

Former Warriors defender Charles Yohane has died. He was 48. Yohane was shot dead in South Africa by armed carjackers. Details are still sketchy but a family member confirmed that they received news about Yohane’s death and were now traveling to South Africa. RIP Charles!