HARARE – Four police detectives have been arrested for under-declaring money seized during a raid on an illegal foreign currency trading business owned by the son of a Cabinet minister. 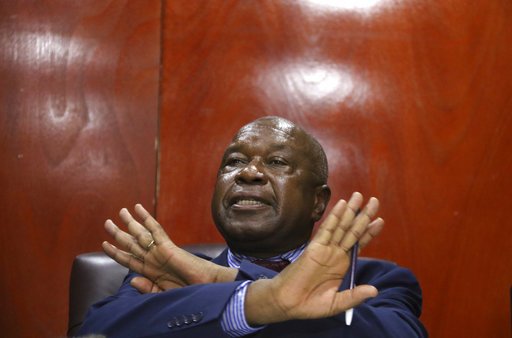 Detectives Tafadzwa Chidawa, Tendai Mangena, Edward Selemanni and Sydney Mugomba, all from the Criminal Investigations Department’s ‘Theft from Car’ section, were set to appear before magistrates on Thursday charged with criminal abuse of office.

The detectives raided number 3 Sanfenand Flats on Fife Avenue in Harare, the offices of Neville Mutsvangwa, on Tuesday and found US$200,000 in cash, police sources told ZimLive.

Neville is the son of Information Minister Monica Mutsvangwa and former presidential adviser Chris Mutsvangwa, who are known to frequent his office.

Mutsvangwa was not there but the officers arrested his associates Darlington Ndaba Chiwara and Henry Abrahams on charges of illegally dealing in foreign exchange.

Investigators say the officers then conspired, after taking a bribe from Chiwara and Abrahams, to only seize US$40,000, which later reduced to US$20,000 by the time the money was declared at the police station.

Neville’s father, Chris, this week accused Old Mutual of manipulating Zimbabwe’s currency exchange rates after the RTGS currency tanked against the United States dollar. Revelations that his son is an illegal foreign currency dealer will be a major embarrassment to the Mutsvangwas.

Under tough new laws introduced by President Emmerson Mnangagwa last year, unlicensed foreign currency traders face up to 10 years in jail if convicted and loss of their money and assets.-Zimlive

The United States government has said president Joe Biden did not have a scheduled meeting with President Emmerson Mnangagwa during the COP26 Leaders’ Summit held in Glasgow, Scotland. Upon returning from the summit, Mnangagwa chronicled […]