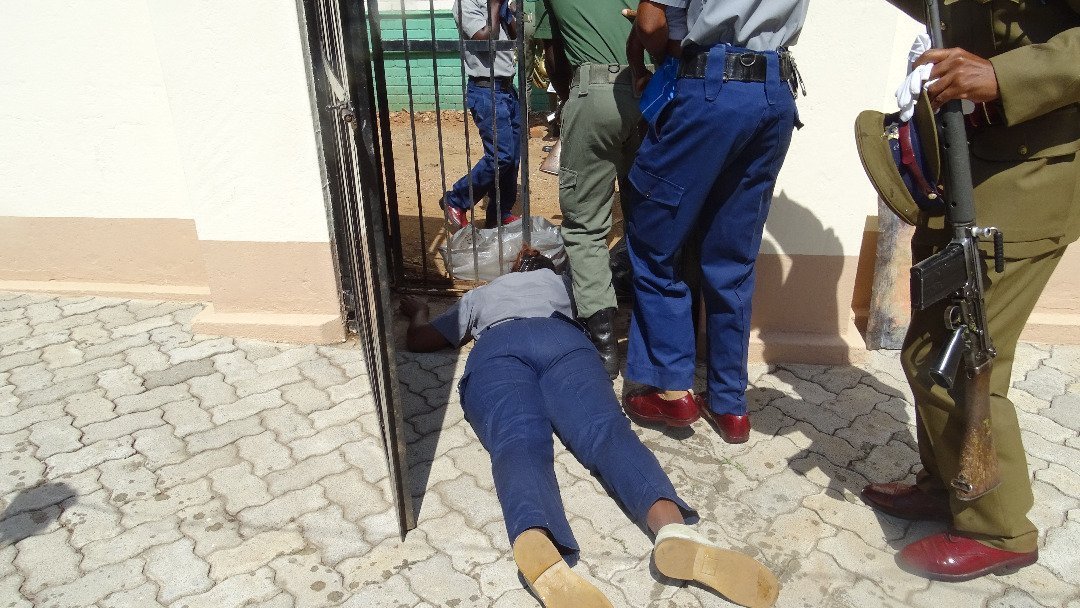 A 20-YEAR-OLD Mvurwi man was yesterday sentenced to three years in jail by Guruve magistrate Shingirai Mutiro for assaulting four police officers who tried to arrest him for a spate of crimes.

Brighton Chekerwa of Suwoguru Township, Mvurwi, will spend two years behind bars after the magistrate conditionally suspended one year.

Prosecutor Albert Charehwa told the court that on December 18 last year, four detectives from Mvurwi Police Station received information that Chekerwa was on the wanted list and approached him at his place of residence. He resisted arrest and became violent; pushed the detectives and bit them, injuring them in the process.

In an unrelated case, a senior citizen appeared before the same magistrate for stealing a mobile phone in a wholesale before being sold out by a closed circuit television (CCTV) footage.

Misheck Munanga (66) of Mutsakanyi village under Chief Makope in Chiweshe pleaded guilty to the charge and was fined $300 for stealing a cellphone valued at $100.

The court heard that on Friday last week, Munanga went into Golly’s wholesale, took a mobile phone belonging to an employee, Portia Chisanga, who was attending to other business outside the shop.

When she returned, she discovered that her phone was missing and rushed to the CCTV where she identified Munanga who was already at a bus stop looking for transport to Chiweshe.

Chisanga rushed to the police station and filed a report, leading to Munanga’s arrest.