Four Zimbabwean entrepreneurs have been named in Forbes Africa’s 30 Under 30, a ranking which features some of the brightest entrepreneurs on the continent. 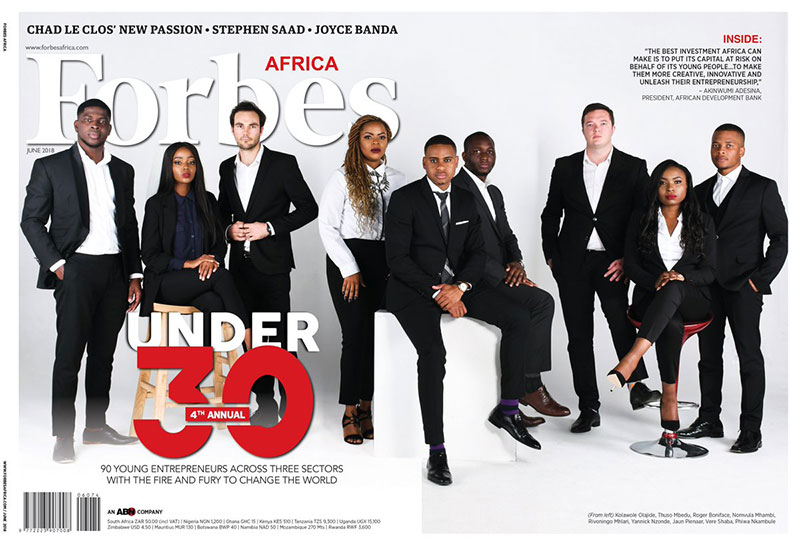 The 2018 list has 90 young individuals, with 30 in each of the categories of Business, Technology and Creative.

Three of the people are in the Business category while the fourth one is in the Technology category. The Zimbabweans who are on the list are:

When her mother couldn’t afford to take her to university because of the economic and political downturn in Zimbabwe, Mhambi turned to entrepreneurship. She registered a catering and events management company at age 19. She was later invited to work on a concert that featured Akon and Sean Paul. It opened doors… Mhambi also runs a hair and nail lounge and is also into agriculture, growing button and oyster mushrooms, which she supplies to a majority of Zimbabwe’s supermarkets and restaurants producing over 1,000 punnets per week. She employs 25 full-time and 12 part-time staff.

At 21, armed with $300, he registered Spidex Media with the hope of addressing the need for faster advertising and design services in 24 hours…Today, Spidex has offices in Zimbabwe, South Africa and Zambia. It’s one of the largest advertising companies in Zimbabwe with a majority market share in the financial sector handling brand portfolios worth over $870 million. He has won 12 business and entrepreneurship awards in Zimbabwe, a businessman of the year award at just 25 years old, and employs 55 people.

Co-founded Chengetedzai Depository Company Limited, Zimbabwe’s first central securities depository for the capital markets with securities’ deposits that have peaked at over $7 billion and trade settlement now in excess of $2 billion. The company had $1.5 million in revenue last year…Dimairho was featured in the Junior Achievement Worldwide, 2011/2012 Africa Annual report on behalf of Zimbabwe, received the top ICT Company Web Developer of the Year 2011 award, was 1st Runner-Up in the Top ICT Company of the Year 2011 award category, and received top ICT Project of the Year 2012 (Public Sector) award.

Mubvuma co-founded Lexware Inc., a tech company based in Zimbabwe growing as a leader in innovative technological solutions for the legal profession in Africa. The idea of the company began in 2014 when he and a university friend created a program called Lex Mobile, which allowed law students to access court judgments and legislation from smartphones without the need for the internet.