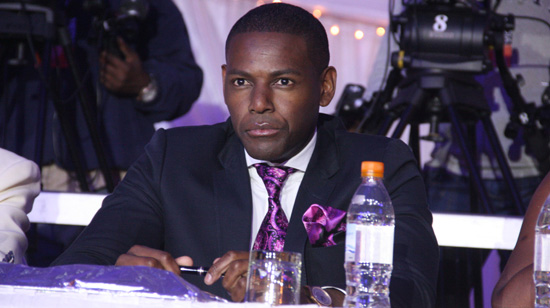 South African based flamboyant businessman Frank Buyanga has been arrested in South Africa for kidnapping, robbery and three counts of contempt of court by Interpol and the SAPS National Intervention Unit (NIU) in Sandton, Johannesburg after a red notice was issued.

According to online publication Newshawk, what started as a bid to mend a toxic relationship with the mother of his child, Chantelle Muteswa, has turned into a nightmare for South African-based Zimbabwean tycoon Frank Buyanga who has been arrested for child trafficking, immigration violations and forgery.

Buyanga has accused President Emmerson Mnangagwa’s twin son Collins of having a relationship with his ex-girlfriend, Chantelle, and even written to the President himself pleading with him and his wife Auxillia to intervene in the matter, creating a messy and convoluted affair.

South African Police Services confirmed Buyanga’s arrest at around 4am at a luxurious hotel in Sandton, Johannesburg, during a joint raid involving Interpol South Africa. Buyanga stays at an upmarket penthouse at Michelangelo Towers in Sandton, Africa’s richest square mile.

“(Frank Buyanga) Sadiqi is wanted by the Zimbabwean authorities for child trafficking, forgery and violation of the immigration act,” South African police said in a statement signed by Colonel Athlenda Mathe reported Newshawk. “The charges emanate from an incident which took place in April 2020 in Zimbabwe where the suspect kidnapped his next of kin and fled with him to South Africa.

“A warrant of arrest was immediately issued by Zimbabwean Authorities after which a red notice was issued by Interpol Harare.”

Buyanga has been involved in a bitter fight with Chantelle for his son Daniel’s custody. He was previously accused of kidnapping the child to South Africa.