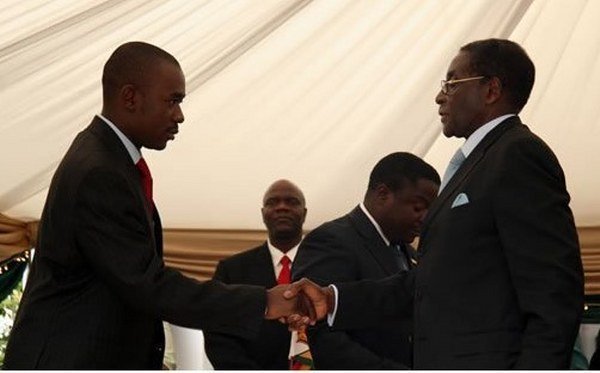 Exiled former Cabinet Minister Professor Jonathan Moyo has released the draft of the failed Grand National Union that was supposed to create an electoral pact between former President Robert Mugabe and MDC leder leader National Chamisa together with other small parties.

Moyo said he released the document after Pastor Shingi Munyeza leaked two of the pages to the public.

“To shame the merchants of disinformation who have maliciously been circulating two pages of the May 2018 Grand National concept paper I shared with Shingi Munyeza, which is among the DMs he had threatened to make public, here’s the FULL DOCUMENT.”

Moyo said the proposed GNU failed because some parties who were involved in the talks decided to hold bilateral talks which also failed.

“The May 2018 concept was refined in June 2018 to reflect progress made. Concerted efforts to get Dr Joice Mujuru to deputise NC; as a key transitional leader with government and gatekeeping experience and heroic service in the liberation struggle failed.

To DOWNLOAD the full document CLICKHERE (PDF, less than 1 MB).

“After efforts to get Dr Joice Mujuru on board failed, the GRAND National Union concept was ABANDONED. Some parties that had participated in the discussions, took some aspects of the GNU concept and used them to pursue bilateral talks. I’m not privy to how those bilaterals went.

“Failed efforts to forge a GRAND NATIONAL UNION in 2018 show that real politics in Zimbabwe remain arrested. Real politics require strategic coalitions to expand democratic spaces. Defending NARROW TURFS, as happened after the 2017 coup and before the 2018 poll, is a dead end!”