HARARE – Showy businessman, Genius Kadungure, appeared at the Harare magistrates court on Monday after being on the run for over two weeks. 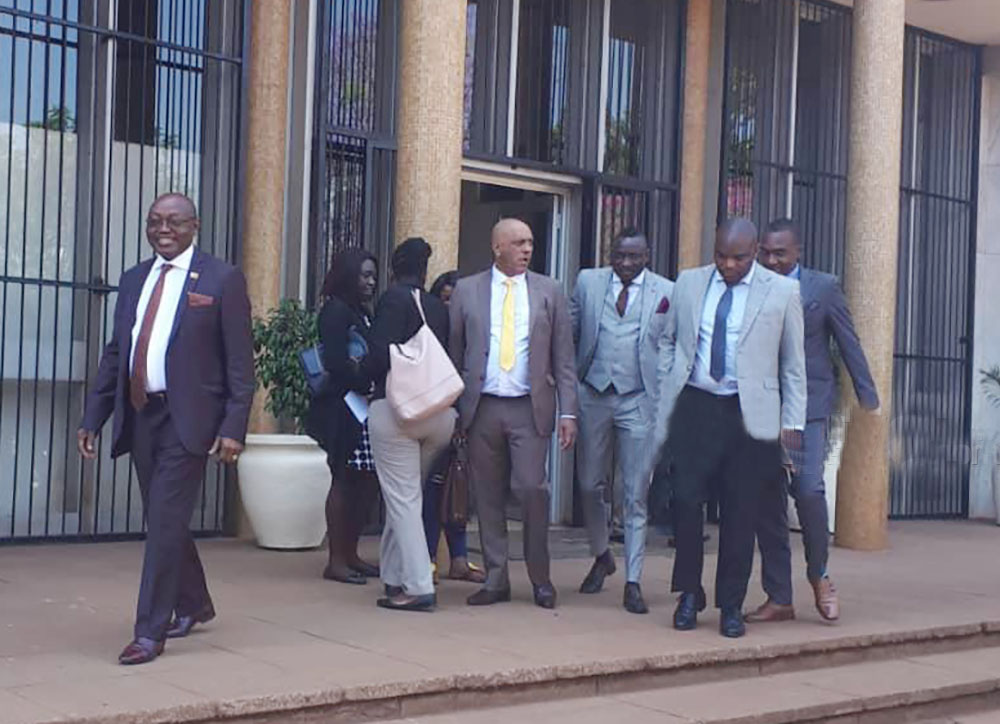 The nightclub boss who also runs a gas business is accused of conning Chegutu West legislator Dexter Nduna of R535,000 and a second man of R1 million back in 2012 in connivance with another controversial tender businessman, Wicknell Chivayo.

A warrant of arrest had been issued after he skipped court on two occasions.

Through his lawyer, Jonathan Samkange, Kadungure apologised begging the court to cancel his arrest warrant saying he missed his flight and could not attend court.

Samkange said Kadungure landed from America last Saturday and came to court the earliest possible to show that his absence was not wilful.

However, prosecutor Ephraim Zinyandu begged the court to send Kadungure to jail saying his default was wilful.

Zinyandu also told court that Kadungure was disrespectful since he chose to leave the country well knowing he was wanted in court.

“His absence frustrated the trial. Witnesses used their funds to travel all the way from Kwekwe, yet he was enjoying himself in America. This shows he is a man of means and can choose to go away again and not come back, so the state is applying that the accused’s bail conditions be revoked, and he answers to his allegations while in custody,” said the prosecutor.

The magistrate, however, ruled that there was no indication that he is likely to abscond.

They allegedly opened an email account procurement@marangediamonds.compurporting to be agents of Marange Diamonds, renting computing space at Hetzner (Pvt) Ltd in South Africa.

Chivayo and Kadungure, acting in connivance, then contacted one Gatawa, the managing director of Even Mine and Milling Centre in Kadoma and misrepresented that they were buyers at Marange Resources looking for mining pumps.

They allegedly gave Gatawa an order to supply 10 T-90 Transco-Flo Helical Rotor pumps and referred him to Transco, knowing that it was a fictitious company.

Gatawa then sent his younger brother, Enock Gatawa, to deposit R446,900 into the ABSA account on December 4, 2012. A further R600,000 was deposited later the same day in two instalments.

After transferring the money, Gatawa contacted Transco and was told to return to Zimbabwe and wait for delivery of the pumps from DHL in three days.

Gatawa got a parcel that had cellphone chargers instead and realised that they had been swindled.

Kadungure, the court heard, used R500,000 to buy wholesale gas from Reatile Gas in South Africa and another R500,000 was transferred to Edward Teka’s bank account. Teka, say prosecutors, stated that the money was later withdrawn and handed over to Chivayo and Kadungure.

They opened an ABSA bank account for a company called Always on Pumps (Pvt) Ltd. They told Nduna they wanted him to supply pumps for Marange Resources at a lucrative price.

Nduna was given an order for 20 T-90 Transco-Flo Helical Rotor pumps and advised that the preferred supplier was Always on Pumps. He transferred R535,000 to the supplied bank account on November 13, 2012.

A day later, a small box was delivered to Nduna’s friend, named only as Eric, at Platinum Trucks in Johannesburg. The items delivered were not the pumps.

Nduna tried to reach Always on Pumps but all the communication mediums he had previously used were no longer reachable.-ZimLive