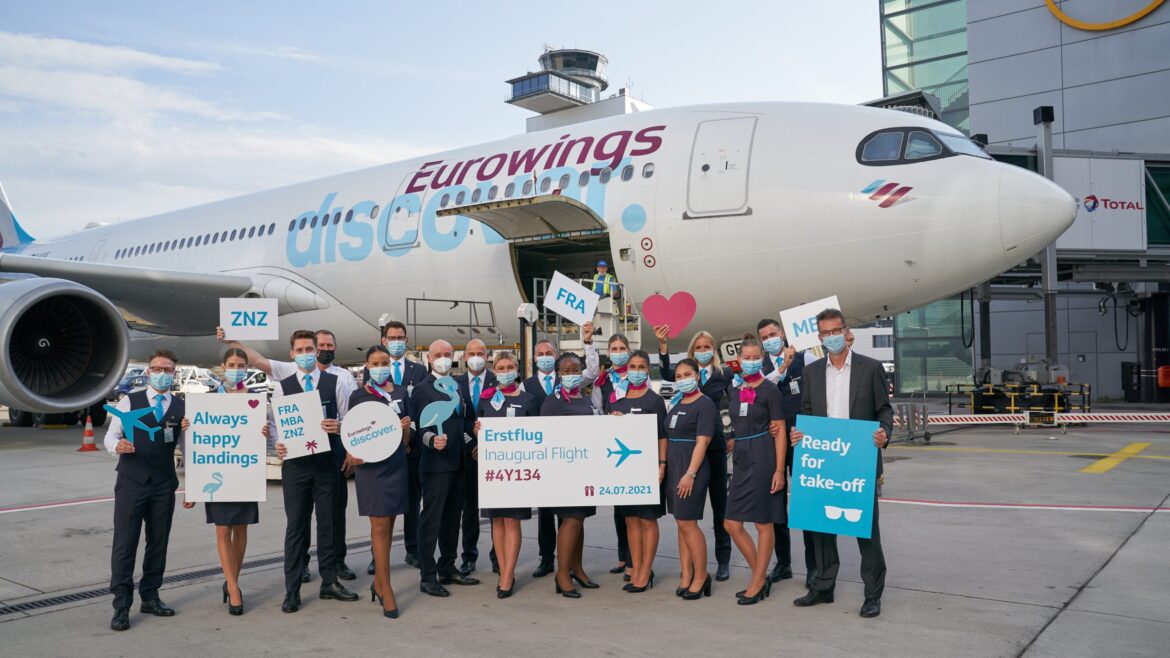 GERMAN airline, Eurowings Discover, has launched flights from Frankfurt to Victoria Falls, becoming the first direct passenger flight between Zimbabwe and Europe since Air Zimbabwe discontinued its flights to London, the United Kingdom in 2011.

Zimbabwe is among the 24 destinations that Eurowings Discover plans to fly into this year and Victoria Falls will be its fifth destination in Africa after Mombasa in Kenya, Windhoek in Namibia, Zanzibar in Tanzania and Mauritius.

The German airline, head-quartered in Frankfurt and owned by the Lufthansa Group, began its flights into Victoria Falls yesterday in a move expected to boost local tourism.

Eurowings Discover has a fleet of 10 aircraft and mainly serves long-haul leisure destinations.

Speaking during the launch in Victoria Falls yesterday, Minister of Transport and Infrastructural Development Felix Mhona applauded the Eurowings Discover and its parent Lufthansa Group Board and management for their remarkable leadership which has enabled them to explore the air space between Europe and Southern Africa.

Mr Mhona converses with an official from the German airline

“We are grateful to Eurowings Discover, the Airports Company of Zimbabwe, the Aeronautical Authority of Zimbabwe and the whole aviation industry in Zimbabwe for this smart collaboration which has made this occasion a success. We have no doubt that visitors who will patronise the Eurocentric wings will savour the splendid sights of the tranquil, refreshing deep blue waters of the upper Zambezi, as they touch down at this resort city.

“The magnificent city of Victoria Falls, coupled with its amazing “one of the Seven Wonders of the World”, Mosi-a –Tunya or the ‘Smoke that Thunders,’ welcomes you with openness and generosity. The thundering, cascading waters down the Zambezi escarpment are no mere natural wonder, but a depiction of the love and warmth of the people of Zimbabwe and Southern Africa,” he said.

Minister Mhona said they were elated that this new scheduled flight has the ability to enhance connectivity from all over Europe into Zimbabwe and specifically, into the Victoria Falls resort city.

“This will greatly drive the development of tourism in Zimbabwe and the Kavango Zambezi Trans-Frontier Conservation Area (KAZA).

“Under the new dispensation led by His Excellency the President of the Republic of Zimbabwe Cde, Dr. E.D. Mnangagwa, which seeks to grow Zimbabwe to be an Upper Middle-Income Economy by the year 2030; air transport plays a critical role in enabling this endeavour as it opens and connects markets, facilitates trade and enables industries to link into global supply chains.

“It is our hope therefore that, as this new destination will be facilitating tourism, cultural and business exchanges, economic opportunities will boom in this city and the trans-Mediterranean, people to people relations between our citizens will improve,” he said.

Minister Mhona said on behalf of his Ministry and Government, he would like to assure them as well as other airlines of their continued support of the aviation industry. – Herald