Home Business Ginimbi designer clothes and cars to be burnt as per his wish... 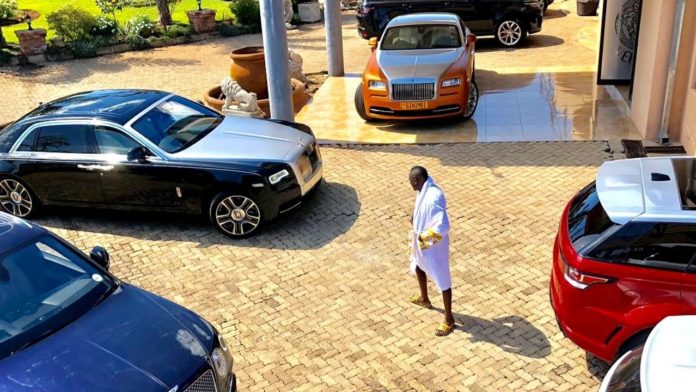 Ginimbi’s family said he told them his house must be turned into a hotel or museum , clothes burnt and that no one should inherit his wealth.

The mystery is not only about his ghostly companies or being buried at his house. His relatives and friends also said he indicated his designer clothes and expensive clothing labels must be burnt, while his cars should be sold and the money donated to charity.

This suggested he did not want anyone to inherit his wealth. That triggered speculation of cultism, which some of his family members and friends were at pains to dismiss.

Ginimbi’s friends even tried to hire journalists to reverse the narrative and turn the tide of cultism stories in a bid to “protect his legacy” and themselves from the growing story that they led lives of bizarre rituals for money.

Scandalmongers raved that Ginimbi and his social circle was cultist – defined by unusual religious and spiritual beliefs. This was not helped by the fact that Ginimbi had a premonition of his imminent death, according to his family members who variously confirmed that of late he was always talking about his looming demise and what
should happen thereafter.

Even his friend Moana had a premonition of her death. She expressed it in a video in which she sounded like a tortured soul.

Although coincidence and causality maybe different, this twist of fate generated unquenchable public curiosity and a flurry of conspiracy theories and tales.

Ginimbi’s other two friends also died in the crash; Limumba Karim, wanted in his country Malawi over the cashgate scandal involving a massive cash heist by high-profile figures, and Alichia Adams, a Mozambican, who described herself as a model, entrepreneur and brand strategist.-Hawks