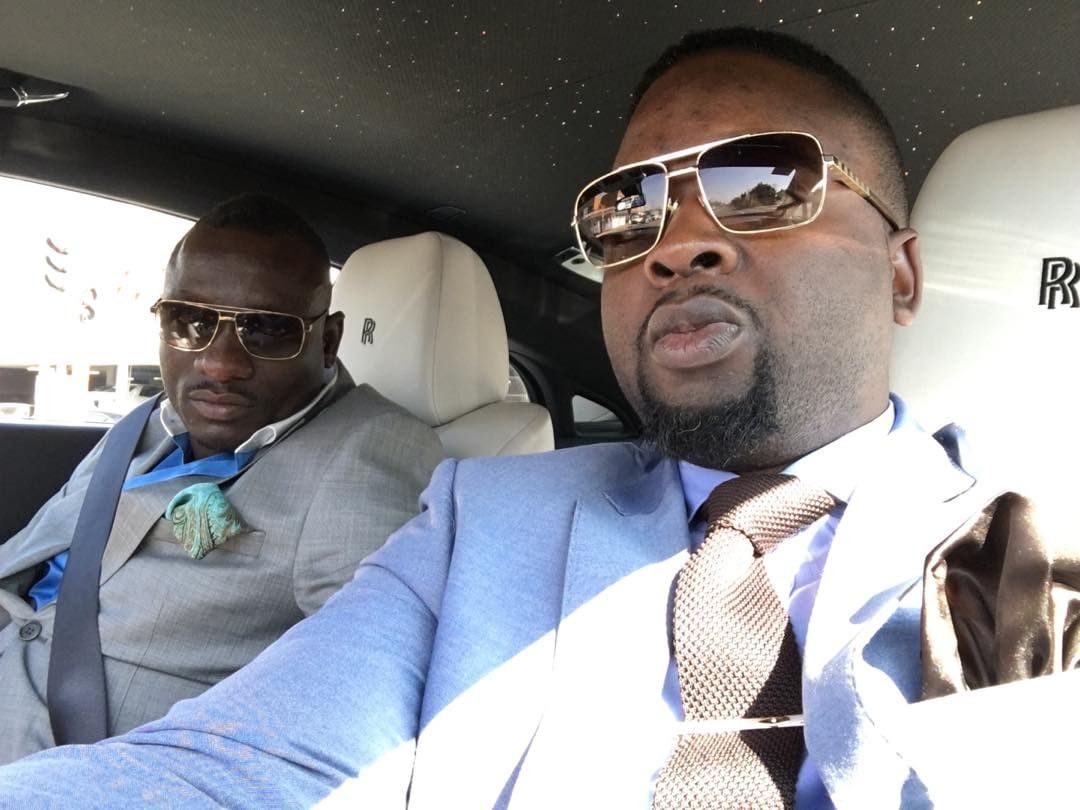 THE late businessman Genius ‘Ginimbi’ Kadungure’s family is allegedly contesting part of the expressions in his last will and reportedly refusing to surrender the luxurious Lamborgini sports car to his best friend and business associate Nomatter Zinyengere better known by his moniker Kit Kat, Zim Morning Post has learnt.

The luxurious vehicle was bequeathed to Kit Kat in the late businessman’s will that was accepted by the Master of High Court last year, but the family is contesting Ginimbi’s last wish, arguing that Kit Kat has to prove his identity by producing an identity card bearing the name ‘Kit Kat’, as it is stated in Ginimbi’s will.

Four months after his death, the family further makes startling claims that the decision to accept the unsigned will was a ‘mistake’ since they were blurred by emotions and still mourning the loss of their relative at the time.

Interestingly, the family is reported to have been amicably following and consenting to all procedures including the registration of the estate ,before this sudden somersault seemingly triggered by Kit Kat’s claim of the Lamborgini release.

The family also revealed that they had agreed that Ginimbi’s sister Juliet be given a ‘power of attorney’ to administer the whole estate.

Sensing danger, Kit Kat has since instructed his lawyers to write to the estate’s executor Patricia Darangwa requesting the release of the vehicle in line with the first interim distribution account.

In a letter dated January 14, Kit Kat’s legal counsel Shomwe Nyakuedzwa Attorneys, wrote to Darangwa requesting for the release of the car as dictated by the law.

“Our client is keen to have his inheritance released from the residue of the estate and is requesting that same be done through the first interim distribution account, a copy of which we are also requesting to inspect.

“Furthermore, our client is willing to pay the estate liabilities and related costs for his inheritance and to that end may you kindly issue us an invoice for settlement,” read part of the letter.

In a bid to hold on to the car and other assets left by the multi-millionaire businessman, the family has engaged the services of Ushewokunze Law Chambers with view of contesting the will.

The lawyers have written to the executor Darangwa accusing her of ‘arm twisting’ the Kadungure family to accept the unsigned will .

“We are instructed that before, and in the morning of November 25 2020, you (Ms Darangwa) unduly influenced the family to accept the ‘will’ and threatened that if the family chose to reject the will and your executorship, they would have tarnished your reputation as a lawyer and you were prepared to sue them and subject the estate to unwanted delays even all the way up to the Supreme Court.

“Our further instructions are that you in the same vein, attempted to placate the family by dangling an offer or arrangement that the family should unanimously recommend your executorship in terms of the will and in the aftermath of such appointment you were going to sign a special power of attorney entitling Juliet Kadungure to administer the entire estate of the deceased.

“We are further instructed that the family accepted the will and recommended your appointment in terms of the will as executrix testamentary only because you unduly influenced them to do so,” read part of Kadungure family lawyers’ letter.

HOMMIES: Kit Kat and the late Ginimbi at the Domboshava mansion
Some of Ginimbi’s cars are yet to be released by the Commercial Crimes Division.

The Kadungure family’s spirited ploy to throw Kit Kat ‘under the bus’ was met with great disdain by Ginimbi’s close circle of friends.

“We know about the issue and how they want to block Kit Kat from getting the car which is due to him.

“The man (Ginimbi) always said it and he even told some close family members jokingly as he always does and after all a will is there.

“The trick of trying to hide behind technicalities like names is cruel.

“Everyone knows him as Kit Kat even Ginimbi’s father.

“Ginimbi must be turning in his grave,Kit Kat also paid some of the customs duty for some of these cars,” said Ginimbi’s close friend who refused to be named.

This publication traced the two’s relationship and it goes back to the establishment of Pioneer Gases where Kit Kat was one of the ‘sharp minds’ advising Ginimbi.

He was however not part of the company directors which enlisted his(Ginimbi) late mother Juliana Mubaiwa as co-director.

In an interview with this reporter on December 19 2019, the late Ginimbi revealed Pioneer gases directorship in response to former footie star Shingi Kawondera ‘s claim that Ginimbi grabbed the company from him working in connivance with Vice President Constantino Chiweng’s estranged wife Marry Mubaiwa.

Kit Kat has evidently been the late Ginimbi’s sidekick in other ventures, on his (Ginimbi) own admission.

In a candid interview with Acie Lumumba on his TLF Drive show in 2018, the late Ginimbi categorically stated that Kit Kat was his ‘main man’ and only one who knew his secrets.

Kit Kat runs a diversified enterprise under the KAT Group in South Africa.-Zimmorningpost