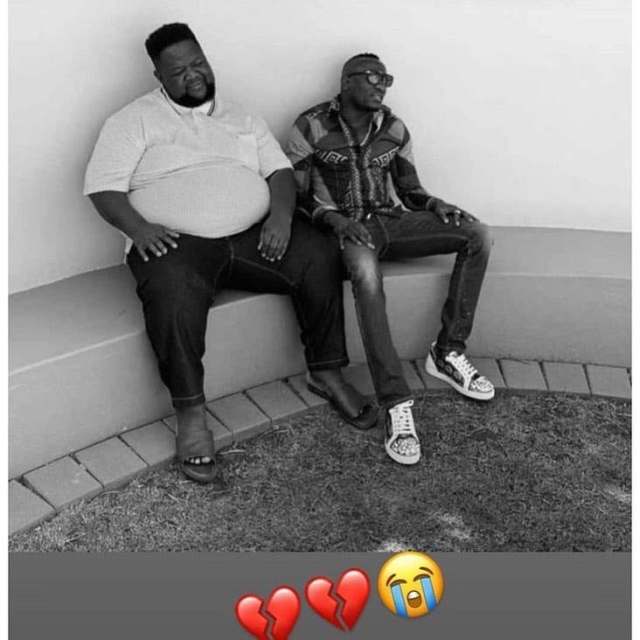 SOUTH AFRICA based Zimbabwean businessman and socialite Victor Jimere died from suspected covid-19 a short while after his friend Ginimbi died in a car crash in November, Harare Live has learnt.

Popularly known as Boss Vickela or 1Bulk, the high flier succumbed to Covid-19 in South Africa Wednesday, at a time where the pandemic has entered a second wave.

Sources revealed to Zimmorning Post how the larger than life figure succumbed to the disease.

“He was diagnosed of Covid-19 last week and I don’t know how it took him so fast.

“We are hurt, he was a jolly good man and he has lost a vacuum in our circle of friends.

“Last month it was Ginimbi (Kadungure) and now its him, its sad mate,” lamented a friend who refused to be identified.

Giant has fallen: The late businessman Victor Jimere who died of Covid 19 on Wednesday
Condolences messages were pouring from friends on social media with glowing eulogies being delivered.

Colleagues and businessmen Mike Chimombe and Albert Ndabambi posted images and messages of grief on their social media handles.

Jimere was an electrician by profession and his business empire was under the banner of his holding company Inex Investments.

His company had footprints in grinding mill manufacturing, trucking, and fuel supply chain among others.

This resulted in his deportation from Botswana in 2016, forcing his relocation to South Africa where he quickly picked up his pieces.

He revived his waning fortunes through links with fellow countrymen like the late Ginimbi, Rolen ‘Uncle Rolen’ Muchegwa, Nomatter ‘Kit Kat’ Zinyengere, Mike Chimombe and Phillip Chiyangwa among others.

He was to become a ‘permanent feature’ at the late Ginimbi’s white parties after the two are said to have entered a strategic synergy in fuel supply.

“When he was deported from Botswana in 2016, some of his properties were confiscated by the government and forfeited to the State.

“Some top politicians tried to assist but the pressure was too much because he was accused of funding one of the opposition political leaders’ activities and campaigns.

“So when he was deported, he had to use his network of fellow Zimbabweans to rise from the ashes and he did, “said a source inside his circles who claimed to share his Samanyanga totem.

This was in a bid to recover the money he owed .

According to mainstream media in Botswana, during his stay in the country, Jimere had four passports from different countries but was ‘untouchable’ because of his political ties.

“From the investigations it was discovered that Jimere was using four passports, this was reported to the serious crime squad, but they failed to investigate him because of his strong political connections,” the Botswana Gazzete stated.

He was eventually deported after former president Ian Khama, warned Jimere’s allies that he would not tarnish his name by interfering even on trivial cases.

Meanwhile, funeral arrangements are yet to be announced and details