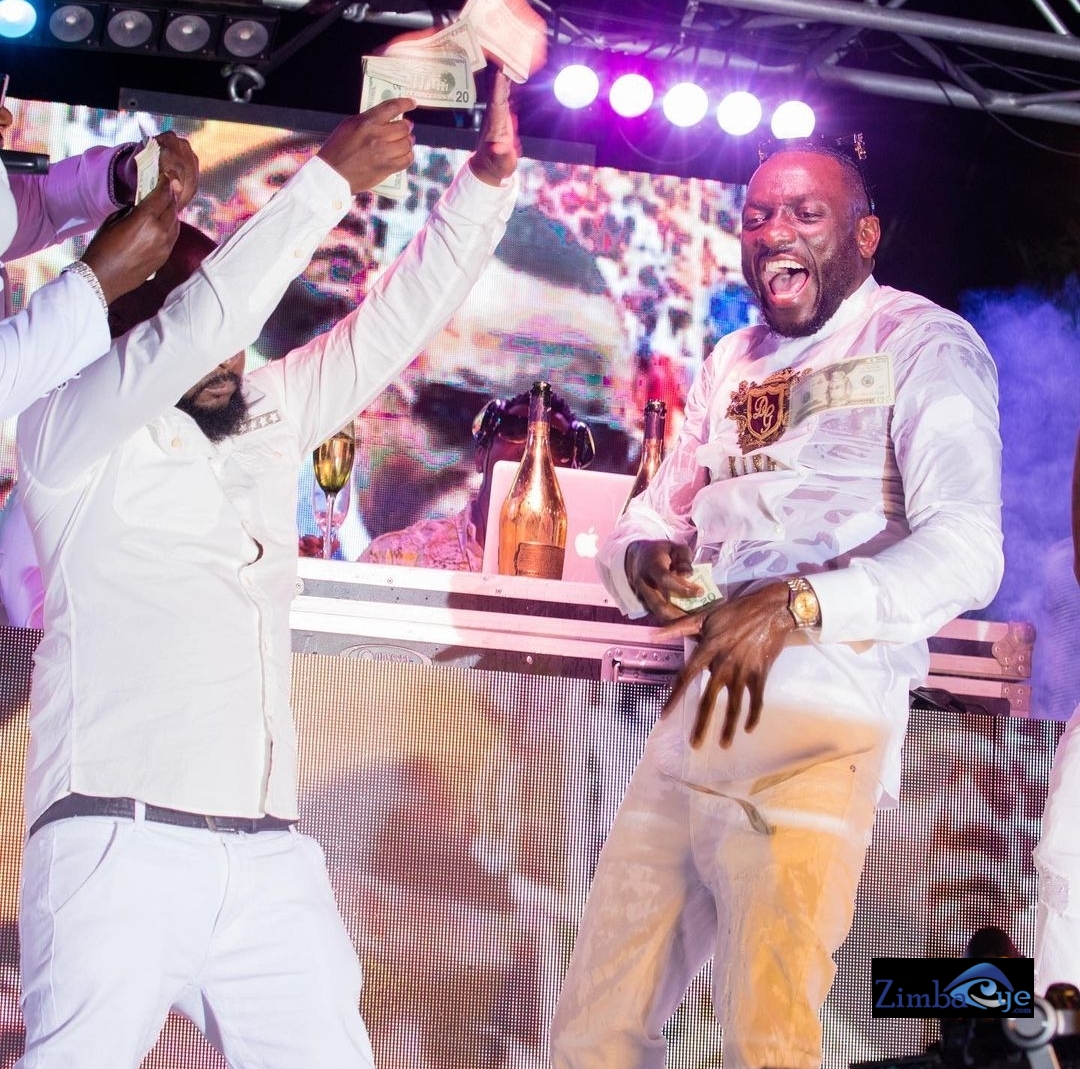 The late Genius Kadungure’s millionaire friend Serge Caponge popularly known as Serge the ‘International Blesser’ says he regrets indulging in wild parties in a tell-all interview that left one of his associates revealing that in their Dubai vacations women would be sexually intimate with camels for their entertainment.

The Congolese born businessman, currently based in South Africa, first opened up to top SA tabloid Sunday World last month, where he revealed that he is “retiring from the game” to focus on philanthropic deeds.

“I blew up cash, throwing parties for slay queens and paying rent for them. At that time, I felt like I was doing the right thing and wanted to feel the power of my money,” he was quoted as saying.

He added that he had left the muddy world of blessers and made a behavioural metamorphosis.

The businessman said his desire to raise his only daughter without exposing her to different women, had motivated him to positively contribute to society.

“I’m tired of the game, we wanted to entertain the public when we started,” he said.

He went on to reveal to renowned podcaster Macgyver ‘MacG’ Mukwevho on the bizarre acts that their clique engaged in on foreign trips with slay queens.

“We would take girls to Dubai to have fun and entertain the people,” he told MacG.

In the same interview, startling revelations were also made that some of the women would be sexually intimate with camels for a payment and have sex with multiple men in a single day.

“Some of them (slay queens) are fierce to give camels blw jobs, (the rich Arabs who own the camels would) crap on their stomach or faces, crazy wild sex with different people and then get paid for that,” quipped in popular entertainer Phat Joe who was part of the interview.

A video that went viral two years ago showed women eating faeces in exchange for money.

Serge spoke glowingly on how Ginimbi would spoil bar tenders even in plush places like Los Angeles and Hollywood, United States.

“Inside the club, he would leave all the people smiling from bar tender to bouncer because he would tip them. Once I was with him in Los Angeles and Hollywood. I was shocked at how people were competing to get a selfie with him. Whenever we were traveling internationally he always looked for a place which sells African cuisine,” said Serge

He said Ginimbi’s favourite party joints were Club Taboo in Sandton, Moloko and Club Harlem in Pretoria where they always ‘lit’ the club and spent ‘big’.

Those are all things of the past and he has retired from the game, he revealed.

He said that lifestyle resulted in being labelled negatively, yet people did not know how hard they worked to become rich.

When he flew into Zimbabwe for Ginimbi’s funeral in November last year, he pledged to throw stacks of United States dollars in his grave.

He has also been linked to have deals with affable Zimbabwean businessmen like Mutumwa Mawere.

Interestingly, Mawere once had a heated social media spat with the late Ginimbi over claims of an outstanding debt.

Ginimbi, whose business footprint extended into South Africa and Botswana, died on November 8 in the early hours of the morning when his R5 million Rolls-Royce Wraith crashed into an oncoming Honda Fit before it veered off the road, smashed into a tree and went up in flames.

Three other three people who were with Ginimbi – physical trainer Michelle Amuli, 26, better known as Moana, and Limumba Karim, a Malawian national wanted in his home country for grand fraud, and a woman from Mozambique named only as “Elisha,” were burnt beyond recognition.