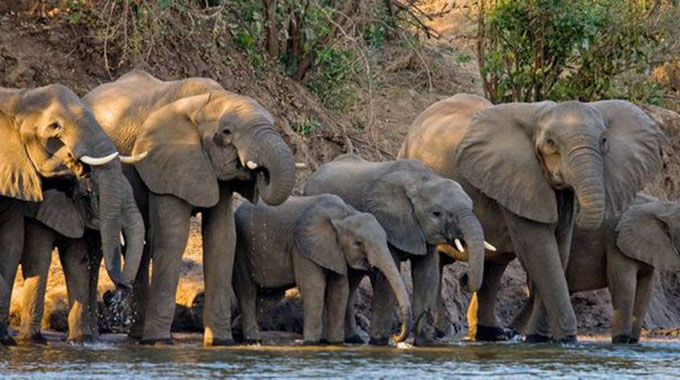 According to a statement by Acting Provincial Community Relations Liaison Officer, Detective Assistant Inspector, Rachael Muteweri, on January 16, 2023 at 4 pm, detectives received information that, Elias Mjobi, (52) of Siyamuninga Village, Chief Nenyunga in Gokwe was in possession of elephant tusks which he was selling at his homestead.
“The detectives teamed up with Zimbabwe Parks and Wildlife officials and proceeded to look for the accused and located. They identified themselves as well as the purpose of their mission.

“A search was conducted in the accused’s house and 14 tusks were seized. The recovered tusks weighed 32,45kg with a value of US$5 516.
“Mjobi was subsequently arrested and taken to CID MFFU Kwekwe. He is being charged with Contravening Section 45(1)(b) of the Parks and Wildlife Act Chapter 20:14 which sanctions the possession of elephant tusks.

“We appreciate collaborated efforts by members of the public in the fight against crime,” reads the statement-Masvingo Mirror