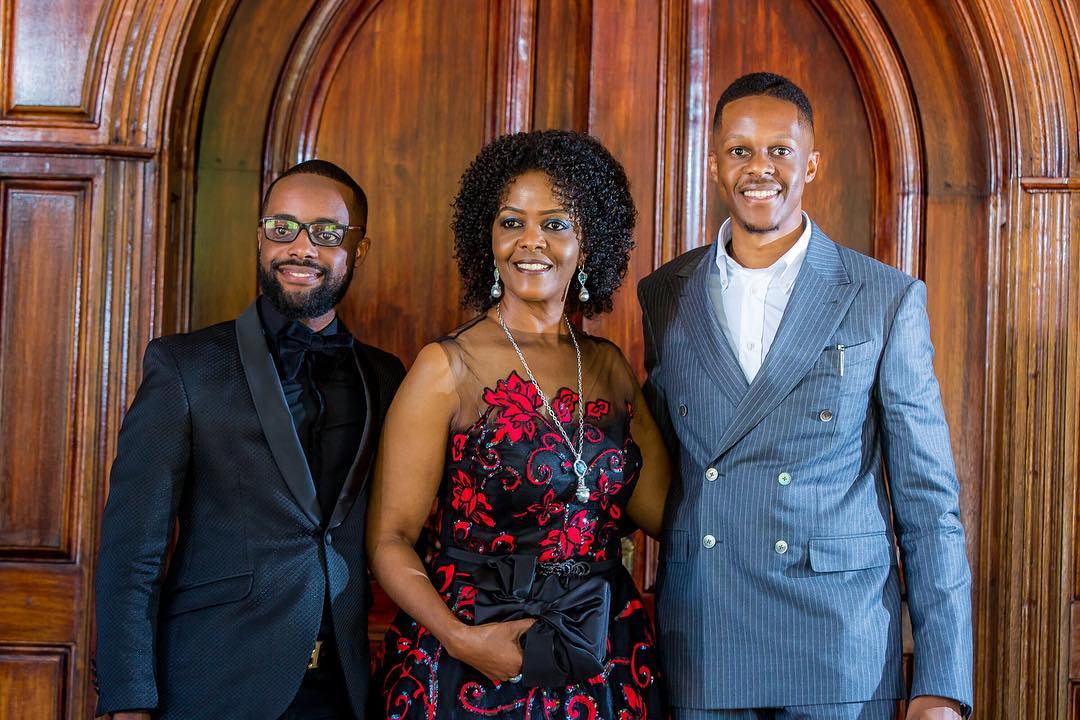 Grace Mugabe, the widow of former President Robert Mugabe has been added to a list of individuals who will not be allowed to set foot on the southwestern Pacific Ocean Island, New Zealand media has reported.

The Government of New Zealand banning the issuing of visas to Grace Mugabe, also announced they have blocked visits from people involved in the killing of prominent Saudi journalist Jamal Khashoggi last year.

The restrictions on both Grace Mugabe and Khashoggi killers are effective from 1 December, 2019.

No further explanations were given as to why the ban on Grace Mugabe was effected now, or whether she had recently made attempts to visit New Zealand.

Grace Mugabe currently have an arrest warrant issued against her by South African prosecutors , for allegedly assaulting a model in 2017 who was dating her son .

Gabriella Engels accused Mrs Mugabe of beating the “hell out of me” with an electric extension cord in a hotel room in Johannesburg.

Grace married Mugabe, 41 years her senior, in 1996, having been a secretary from his typing pool for a few years. She had also previously been married to an airforce serviceman. On the other hand, Mugabe’s long-time wife Sally was on her deathbed from a kidney ailment.

The two had their first child, Bona, out of wedlock in 1990. Other than Bona, the two have other children, the two troublesome boys Robert Jr and Bellarmine Chatunga known for their extravagant lifestyle and partying.

For close to 20 years after becoming First Lady, Grace would not enter mainstream politics but still irked Zimbabweans with her love for all things fancy, including expensive shopping trips to Europe.

She was once a regular at London’s famous designer clothing store, Harrods. At one point she demanded that the department store shut its doors to other customers to enable her to shop in privacy.

In early 2002, before European Union sanctions on her family and their cronies, she blew US$120 000 while shopping in Paris, according to French and English tabloids. In her later days after entering politics, she spent US$1,4 million on a diamond ring, ostensibly to celebrate the 20th anniversary of her wedding to Mugabe in 2016.

Grace Mugabe had over the years grown into a powerful politician and businesswoman while seeing herself as a philanthropist.

Grace entered politics on a full-time basis in 2014 after being appointed secretary of the women’s league at the Zanu-PF congress.

Prior to her appointment, she had embarked on a “meet-the-people tour” where she vilified former vice-president Joice Mujuru accusing her of plotting to unseat her husband.

At Grace’s instigation, Mujuru was expelled from Zanu-PF alongside hundreds of her allies among them the party’s secretary for administration Didymus Mutasa.

Mugabe appointed Mujuru’s long-time rival Emmerson Mnangagwa as vice-president in 2014, but Grace soon turned her guns against him.

Relations between the military and the Mugabes soured as a result, prompting Mugabe to attack security officials for meddling in Zanu-PF internal affairs at the party’s annual conference in Victoria Falls in December 2015.

Mugabe then met army commanders the same evening to defuse the tense situation, but tensions continued to grow mainly because of Grace’s incessant attacks of Mnangagwa and the military.

Eventually, it became clear that Grace was harbouring presidential ambitions. In early November 2017, she was booed at a Zanu-PF Youth interface rally at Bulawayo’s White City stadium, and an irate Mugabe threatened to fire Emmerson Mnangagwa for sponsoring the heckling of his wife in public.

Two days later, Mnangagwa was indeed fired from Government on a Monday, 6th November. The day before, Grace had held a rally with members of the mapostori religious sect in Harare, and clearly boasted that she was set for the presidency and there was nothing wrong with it as she had the right to contest for any office as she was fully a Zimbabwean.

The sentiments, coming as some Zanu-PF provinces were already endorsing her for Vice President, rattled the army’s top leadership that included Generals SB Moyo, Constantino Chiwenga, Perrance Shiri and others.

Mnangagwa had already fled the country fearing for his life when about 92 army bosses met in Harare and warned Mugabe to fix the mess in the party or risk the army’s intervention.

Mugabe’s allies brushed off the army’s threats and even attempted to arrest General Chiwenga days later as he returned from a trip to China. A Zanu-PF Youth leader, Kudzanai Chipanga, also infamously threatened to army bosses and called their bluff.

Just a week after Mnangagwa’s firing, the army drew tanks and other military hardware onto the streets and clamped down the Mugabes, while popular pressure called on Mugabe to step down.

Legislators from both the opposition MDC and the ruling Zanu-PF gathered and moved a Parliamentary motion to impeach Mugabe, but he resigned just moments before the motion could be debated in Parliament.

Mugabe died on 6th September this year and was buried at his rural Kutama village, some 90 km out of Harare.