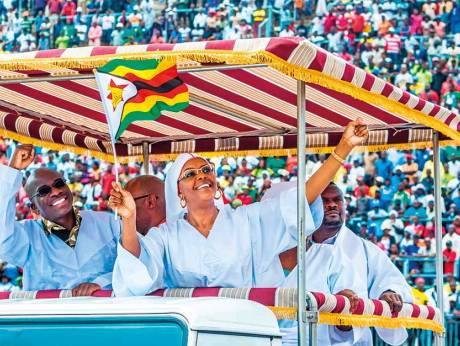 Former First Lady Grace Mugabe’s elite schools and orphanage located in Mazowe, about 40km from Harare were reportedly rocked by a child sexual abuse scandal that was swept under the carpet.

Investigations conducted by Zimbabwe Independent revealed the scandal at Grace Mugabe Orphanage and Amai Mugabe Junior and High schools after 10 children were allegedly caught up in the impropriety from late 2018 to 2019.

The abuse, which allegedly occurred when school pupils in the boarding school were using the same facilities as the 94 orphans adopted by the former first lady, was reported to Amai Mugabe in 2019, but it was kept a secret.

The scandal came to the surface after four children sustained injuries related to the sexual abuse and were rushed to Concession Hospital.

Zimbabwe Independent reported medical personnel at the hospital as saying such cases were handled at the institution.

Orphanage resident pastor Miriam Chigiga, however, denied there was once a sexual abuse scandal at the orphanage and school. She said:

These children have responsible caregivers who are widows and single mothers who always keep an eye on them. There is no way the children can be involved in such abuse cases because we teach them Godly ways. We don’t tolerate that; we are an openly Christian school.

Sources told Zimbabwe Independent that they had evidence to prove that the abuse indeed happened and that Mugabe’s married daughter, Bona Mugabe-Chikore is aware of the scandal. The source is quoted as saying:

If they (school authorities) deny that there was such a case then we can surely produce the names of the children who were involved. Grace was informed about the issue; Bona Mugabe-Chikore is also aware of it. Evidence is available to that effect.

The publication also established that Grace Mugabe is keeping children at the Mazowe orphanage far above the stipulated 70 granted by the Ministry of Labour and Social Welfare.