Suspended University of Zimbabwe (UZ) Vice-Chancellor Levi Nyagura, accused of illegally awarding former First Lady Grace Mugabe a PhD, will stand trial on September 17 following the dismissal of his application for referral of the case to the Constitutional Court. 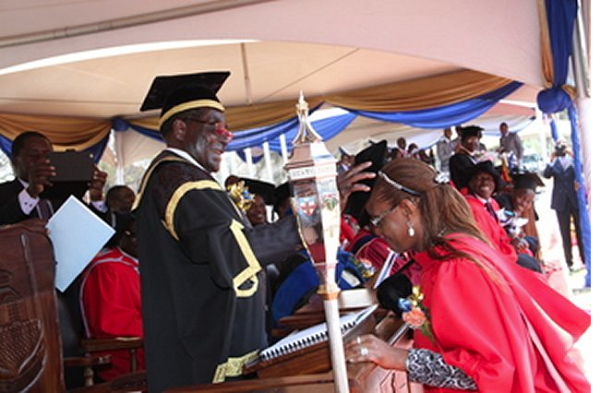 Nyagura last week had his application dismissed for lack of merit when he appeared before magistrate Mr Lazini Ncube.

Nyagura yesterday notified the court that he would approach the Concourt directly today in terms of Section 85(1) of the Constitution seeking permission to bring his constitutional challenge to the highest court in the land.

“I do not believe that the Concourt will make a finding that there was a violation of accused’s right to a fair trial,” he said.

“Ordinarily, following the ruling yesterday, what is supposed to follow is the commencement of trial. These are delaying tactics and I submit that the matter proceeds to trial.”

Nyagura’s lawyer, Advocate Lewis Uriri, said it was for the Concourt to decide on whether or not his client’s rights were violated.

In his ruling, Mr Ncube said since the defence had not yet filed their application, the matter should proceed to trial.

“The accused only indicated intentions to approach the Concourt,” he said. “This matter should proceed to trial until he files his application. There is nothing that can stop this trial from proceeding.”

In his application for referral of the matter to the Concourt, Nyagura cited infringement of constitutional rights to a fair trial.

Adv Uriri argued that Messrs Tapiwa Godzi and Michael Chakandida from the President’s Special Anti-Corruption Unit, who are representing the State, have no authority to prosecute.-Herald