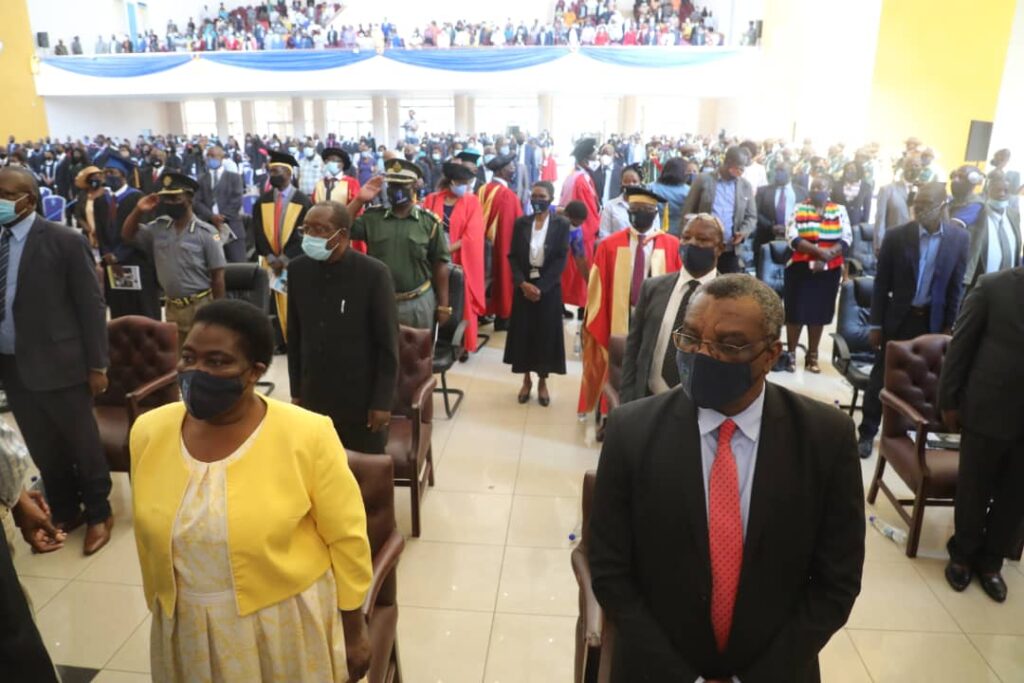 BULAWAYO – A woman who attended a graduation ceremony at which President Emmerson Mnangagwa was the guest of honour on October 30 has succumbed to Covid-19.

The 47-year-old resident of Cowdray Park in Bulawayo was at the National University of Science and Technology to witness a friend’s graduation.

The married mum-of-three was taken ill this week and was initially treated at Cowdray Park Clinic before she was transferred to the United Bulawayo Hospitals where she died on Wednesday.

She was one of two deaths reported by the ministry of health on Wednesday, both of them in Bulawayo which also saw 11 new Covid-19 cases. The other is a 64-year-old woman.

The ministry said both women had pre-existing conditions which militated against their recovery from the lung disease.

Health workers on Thursday began trace procedures for contacts of the two victims, and focus will fall on the graduation ceremony which was attended by hundreds of people, including Mnangagwa and ministers.

Mnangagwa capped more than 200 graduands who were invited to the event which was scaled down in size due to Covid-19. A total of 2,528 students graduated, although many followed proceedings online from home.

Zimbabwe reported 17 new Covid-19 cases on Wednesday, taking national tally to 8,427, of which 248 have resulted in death. At least 7,967 people have recovered, leaving 212 active cases.-Zimlive