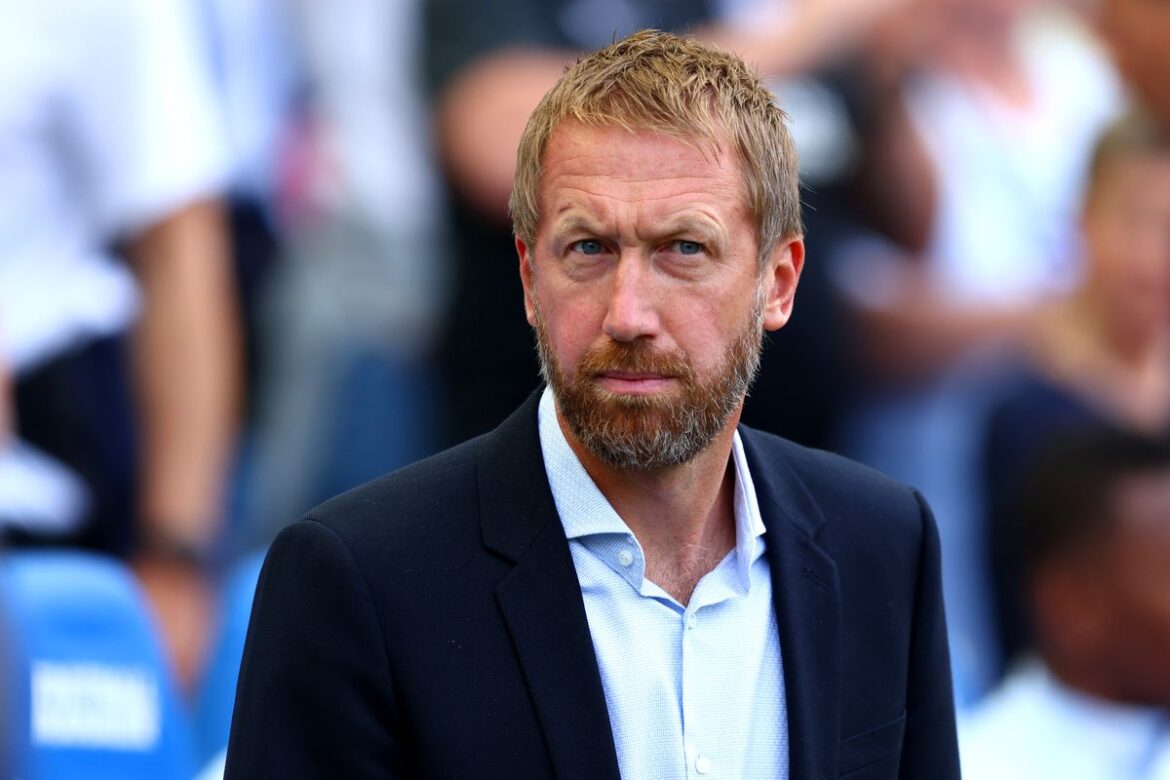 Thomas Tuchel was sacked after Chelsea’s 1-0 defeat to Dinamo Zagreb on Tuesday; Brighton boss Graham Potter first met Chelsea owner Todd Boehly for talks on Wednesday; both sides have now reached an agreement for Potter to be the next Chelsea boss

Chelsea have reached a verbal agreement with Brighton manager Graham Potter to replace Thomas Tuchel as their next head coach.

Tuchel was sacked on Wednesday in the wake of Chelsea’s 1-0 loss to Dinamo Zagreb in the Champions League and just six games into the new Premier League season.

Chelsea owner Todd Boehly met Potter in central London on Wednesday afternoon for what were described as “positive talks” about the Brighton manager’s future role at Stamford Bridge and the club’s plans to develop the whole football operation.

Chelsea sack Tuchel after Champions League defeat
Carra: I fear for Tuchel after ‘shock’ Chelsea sacking | I’d go for Poch
Merson says: Zidane, not Potter for Chelsea | Why sign Aubameyang?
Those discussions continued early on Thursday morning, with the focus on the legal details of his contract and Potter’s backroom staff.

No contracts have yet been signed, however both sides have reached a verbal agreement about the ​47-year-old taking over at Stamford Bridge.

Chelsea made it clear they were prepared to meet Brighton’s exit clause figure for Potter.

Mauricio Pochettino and Zinedine Zidane, who are both out of work, as well as Sporting in Lisbon manager Ruben Amorim were all also on Chelsea’s radar.

Potter will become the first managerial appointment of the Boehly era following his summer takeover. The American is still acting as sporting director having moved on director Marina Granovskaia, chairman Bruce Buck and technical and performance advisor Petr Cech in a complete overhaul of Roman Abramovich’s trusted staff.

Jamie Carragher says he ‘fears’ for Graham Potter and he ‘should be very wary’ should he be appointed Chelsea manager following the sacking of Thomas Tuchel.
Sky Sports pundit Jamie Carragher:

“It’s a huge step up in his managerial career and Chelsea are still one of the top clubs. They are still world champions right now, but you fear for Graham Potter that he’ll be in the same boat as every other Chelsea manager has for the last 10 years – unless he gets results instantly they’ll be getting themselves another new manager in 12 months.”

Inside Tuchel’s final day at Chelsea
Tuchel cleared his desk on Wednesday after the short meeting at 9.30am where he was dismissed and stayed at the training ground with his departing coaching staff to say their goodbyes.

The German manager, who joined the club in January 2021, wants to take a break before returning to football.

Tuchel is still highly regarded by many people at Chelsea because of the trophies and the leadership he showed during extremely difficult circumstances. At Chelsea, the coronavirus pandemic and the end of the Roman Abramovich era were difficult scenarios – the latter resulting in club sanctions, employees not being paid and a fear of the club going out of business.

Thomas Tuchel
Image:
Thomas Tuchel was dismissed in a 9.30am meeting on Wednesday
Tuchel also showed leadership during the takeover saga, while many key figures such as Bruce Buck, Marina Granovskaia, Petr Cech announced their departures.

Clubs such as Manchester United and Barcelona were interested in Tuchel last season but he was always loyal to Chelsea.

Although Chelsea ended up spending a record £278m this summer there were differences of opinion between the co-owners and Tuchel on some targets and strategy.

For example, the owners were open to the idea of signing Cristiano Ronaldo from United but he was not wanted by Tuchel.

They explained what had happened with Tuchel and their vision for the future of the club. Boehly and Eghbali were also at the game in Zagreb on Tuesday.-Skysports