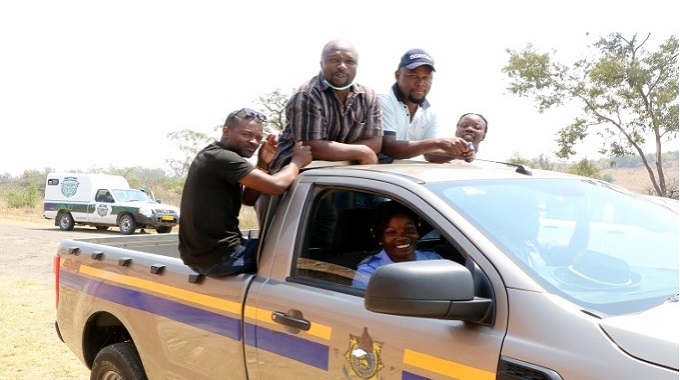 ARMED robbers escaped amid a hail of bullets after ambushing a cash-in transit vehicle that was transporting gold from How Mine this morning.

Police details at the scene of the armed robbery

Sources told the Chronicle the robbers waylaid private security company Cash-In-Transit (CIT) vehicles, which were carrying gold worth about US$ 450 000 to Fidelity Printers, about 10 kilometres from the mine.

It has not yet been determined if the gangsters were able to steal anything.

In An audio that has gone viral, a man believed to be one of the managers at the mine is heard warning people to be on the lookout for bullet riddled vehicles that the robbers escaped in.

They had shut down the road using a Toyota GD 6, a Nissan March and Nissan Hard body single cab.